This close up shows a complexly fractured and grooved section of the south polar layered deposits. Illumination is from the lower right, and the scene is about 600 meters (approximately 650 yards) across.

The south polar layered deposits are an accumulation of mostly water ice and dust, similar in some ways to ice caps like those in Greenland and Antarctica. In this example, the icy, dusty layers are barely visible, obscured by a complex system of ridges and fractures that formed after the layers were deposited. The layers themselves are highlighted by sunlight and look like broad swales underlying the fracturing.

In the upper left of this example, one can see curvature in the layers which may have formed when the ice was flowing or which may have been due to collapse and slumping of some layers sometime after they were deposited but before they were fractured. The exact cause of the fracturing and grooving is unknown.Written by: Kathryn Fishbaugh   (14 December 2007) 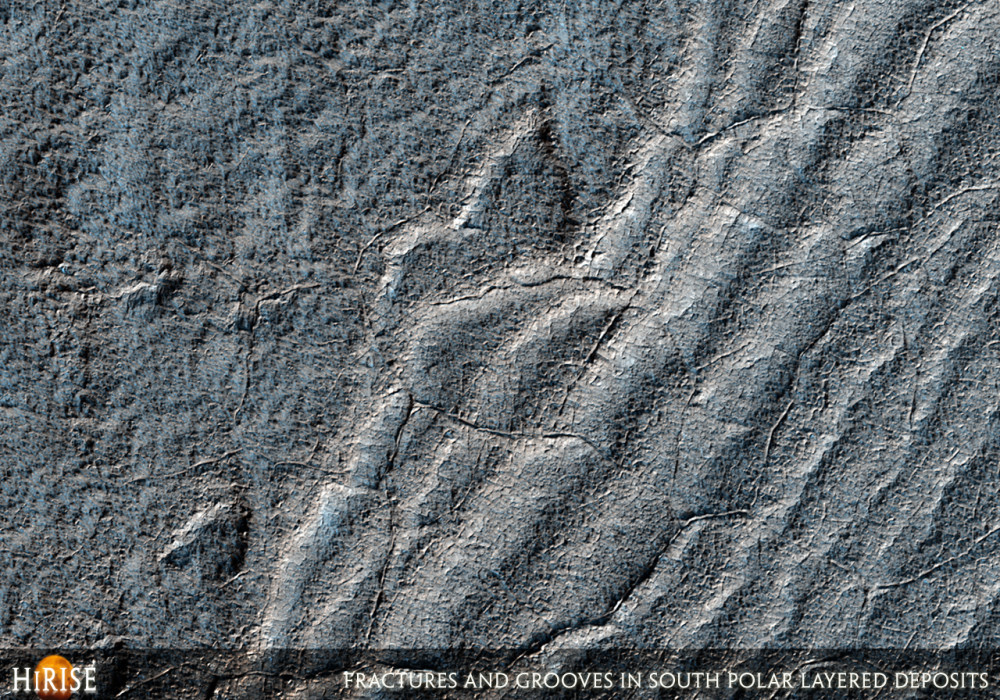