The crater featured in this scene formed on top of ejecta from a nearby rampart crater, located to the north.

The crater’s distinct rim indicates it is relatively young. There is bright material on many of the crater walls that might be landslides of dust or another bright substance.

The mounds of material on the crater floor probably formed during late stages of crater’s own formation. The crater floor is speckled with even smaller craters. 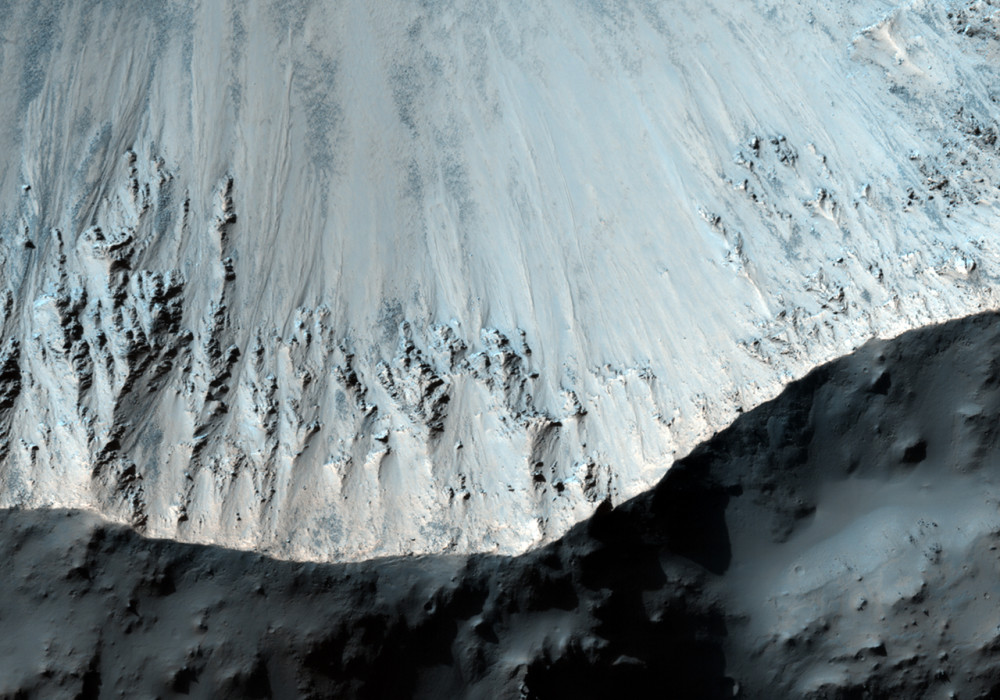