This impact crater is approximately one kilometer in diameter. The ejecta blanket (remnants of the material from the original impact) is still visible indicating that the crater may be very fresh.

But what do we mean by the word “fresh,” or even “recent,” as some craters are described? When talking about craters on Mars, both terms are relative: the impact that created the crater in this observation could have occurred millions of years ago! We can often differentiate between older and younger craters by looking at their rims. A crater rim that appears more defined or sharp, versus one that is clearly eroded, indicates the former is more recent, or “fresh.”

The Tharsis region on Mars is home to some of the largest shield volcanos on the Red Planet, including the largest, Olympus Mons. 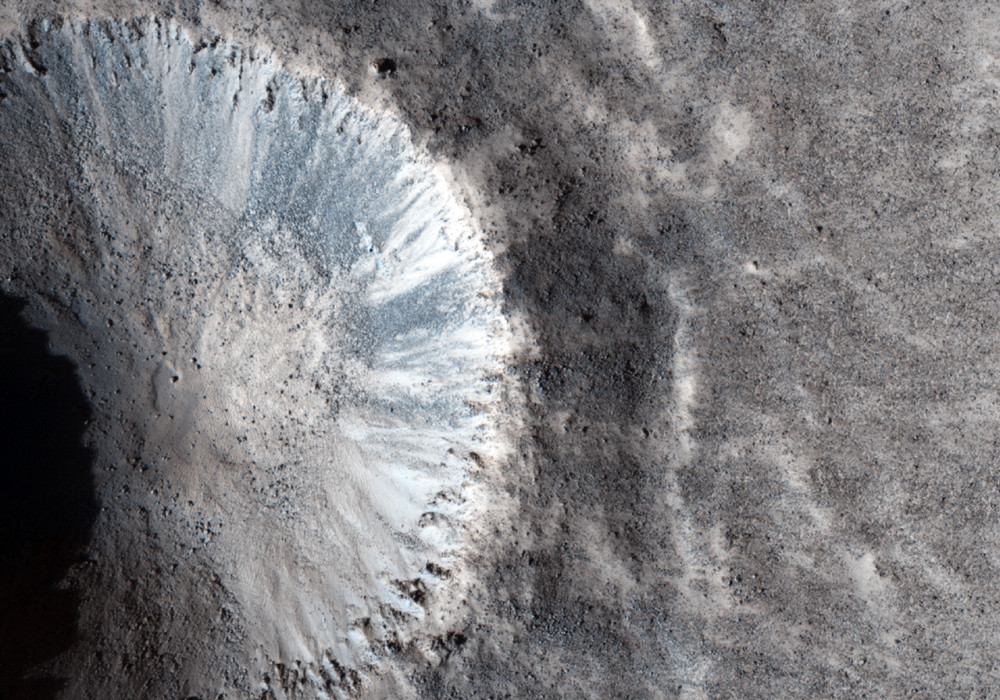