This scene features a high latitude, northern hemisphere crater with double-layered ejecta. The sharp rim and lack of small superposed craters indicates that this crater is relatively young.

The semi-circular feature that parallels the crater rim is a terrace that probably formed as part of the crater wall collapsed into the center. The circular mound in the center likely formed at the same time as the crater itself. Large craters on Mars can have central peaks; this crater looks like it was on the cusp of having one. The linear features surrounding the crater on its ejecta are striations that formed during the impact as material and wind exploded out from the center.

At the bottom of the scene is a very distinct ejecta flow lobe (lobate ejecta). Lobate ejecta is thought to form when an impact occurs on a surface with lots of volatiles—ices that quickly turn to gas when they are heated. The gases help make the ejecta flow like a fluid. 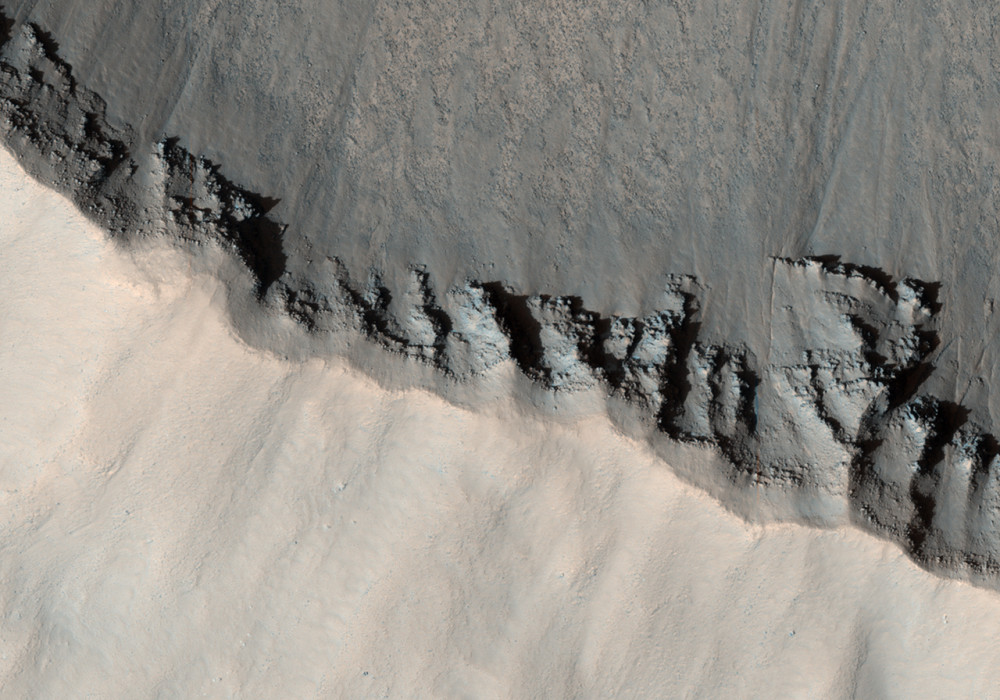