This image shows the floor of a large impact crater in the northern lowlands of Mars. Near the image center is a small crater (roughly 300 meters across) with dark ejecta. This is a very fresh, young impact crater, probably formed by the impact of a small asteroid less than 20 meters in diameter.

HiRISE reveals very fine details of the crater and ejecta. The most striking feature about the crater is the number of boulders around it. The largest boulders are as much as 9-10 meters across, larger than a car. Many smaller boulders are also visible, down to the limit of what HiRISE can resolve. The largest boulders occur near the rim or have fallen back into the crater, while smaller rocks were thrown much further. No other crater in the image shows similar numbers of boulders, so this crater is much younger than the others.

Although this crater is quite young, it is not completely pristine, as it has been partially filled by dust. The smooth patches with faint patterns on the crater floor are most likely dust which has fallen out of the atmosphere. On the eastern (right) side of the crater, a few small dark streaks are visible; these are due to dust avalanches and are seen in many dusty areas of Mars. The other craters in the image have thick mantles of dust or sand on the floor, sometimes shaped into linear ripples. 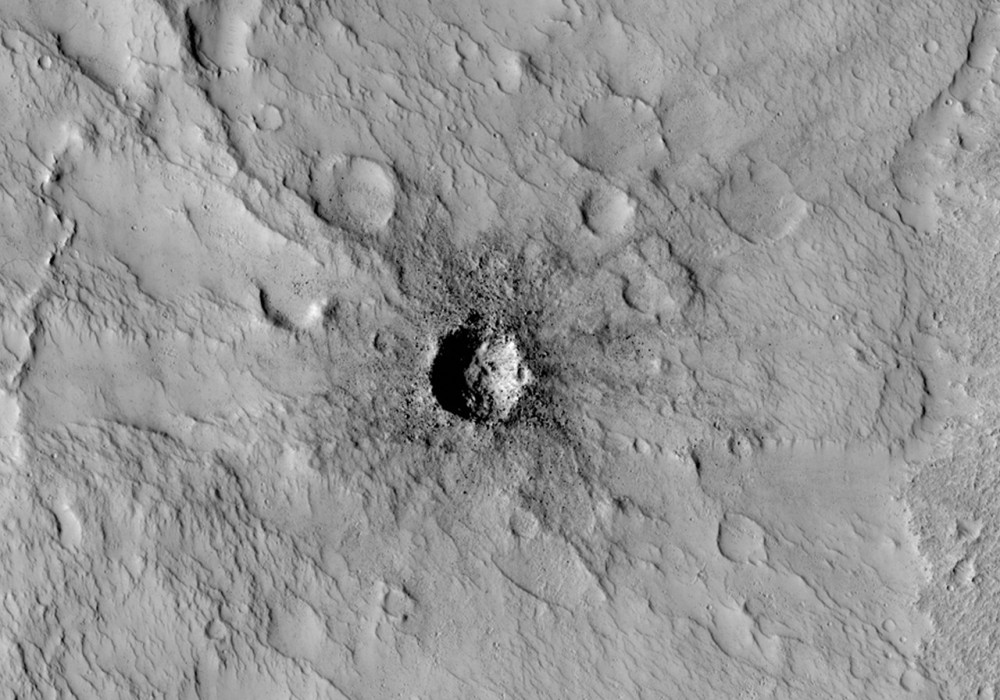