This image shows fretted terrain in a northern hemisphere trough. Fretted terrain is the jumbled, lineated material filling the trough. The lineations (lines) mark movement of material, usually away from trough walls.

Much of the material filling the trough has a pitted texture. This likely formed from sublimation, when ice goes directly to a gas. When subsurface ice sublimates, it leaves a hole beneath the surface. The overlying material collapses and fills this hole, causing a pit to form.

The terrain outside the trough is covered in craters and muted circles. The muted circles are craters that have relaxed over time. As time goes on, the crater’ss topography becomes more subdued. Relaxation in this region is thought to occur because of the presence of ground ice.

In the center of the trough is a fresh crater; we call it “fresh” because of its very steep walls. The big rocks in and around the crater are ejecta, material that was thrown out when the impact occurred, some of which has rolled back inside. The color image shows that one of the walls is much bluer than its surroundings. This might be from smaller particles blown into the crater by the wind. 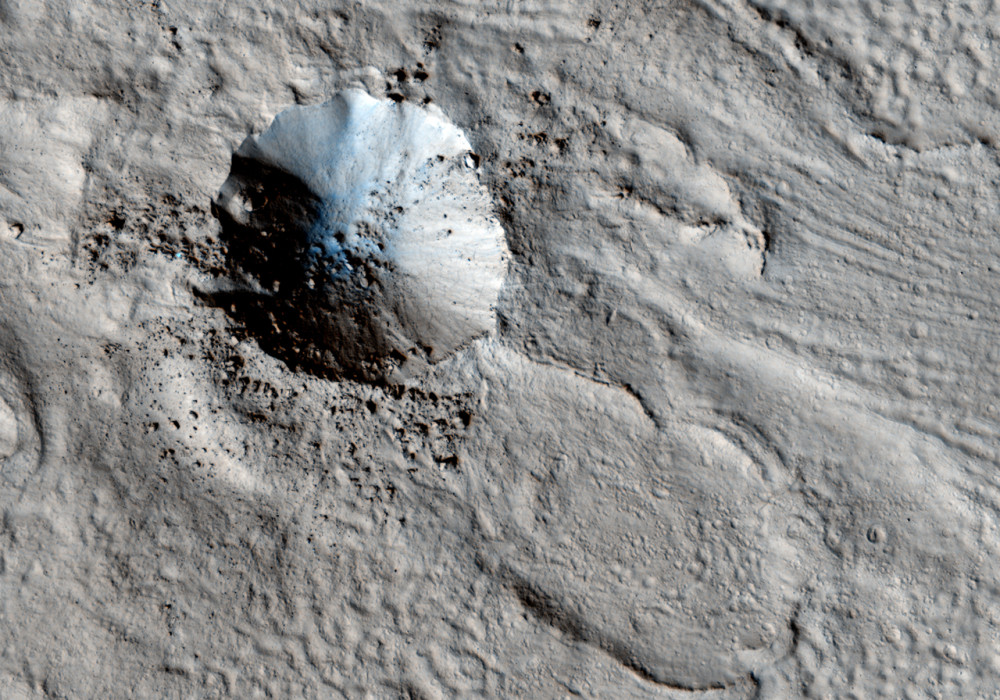