This observation shows fretted terrain in valleys located in Protonilus Mensae near the crustal dichotomy, the region that separates the Southern hemisphere highlands from the Northern hemisphere lowlands.

Fretted terrain is thought to involve movement of ice-rich material in its formation. The speckled texture of the valley fill (the fretted terrain) is probably due to sublimation, when ice goes directly from a solid to a gas, leaving behind empty space under the soil into which overlying material can collapse.

The linear striations in the valley fill mark the direction of movement. For example, in the valley near the top of the image, the material was moving across the scene (probably to the right based on images from other datasets). Also in this scene, are several small craters in various stages of degradation. 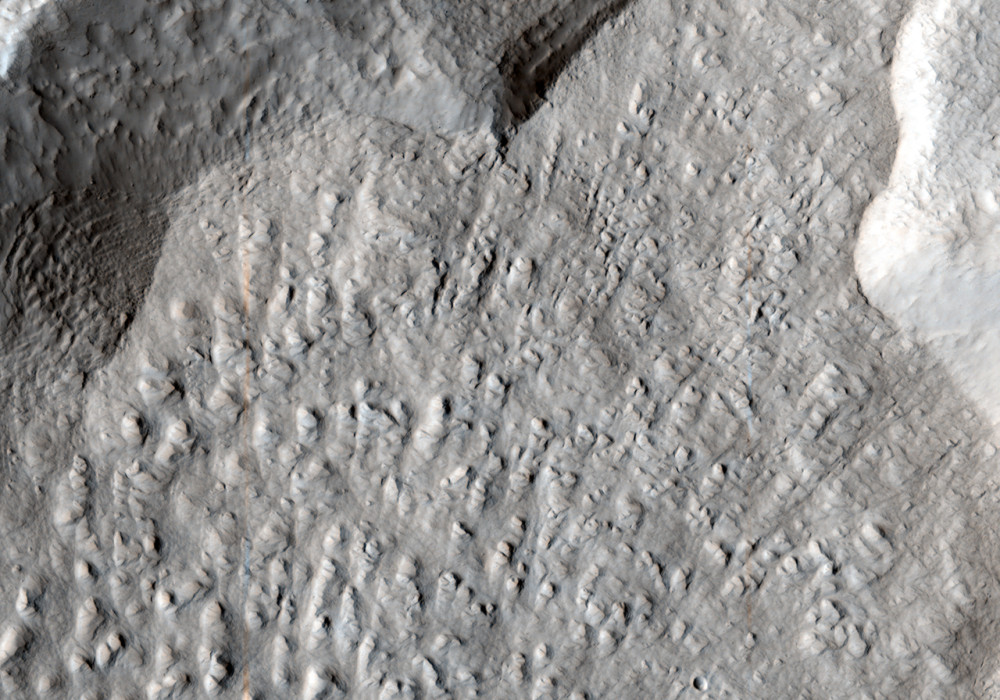