We previously released stereo images of the Ares 3 landing site from Andy Weir’s “The Martian.” In the novel, stranded astronaut Mark Watney travels from the Ares 3 site to the Ares 4 site where a Mars Ascent Vehicle could get him into Mars orbit to rejoin a spacecraft and return home.

The Ares 4 site is on the floor of a very shallow crater in the southwestern corner of Schiaparelli Crater. Our image image shows a flat region that is entirely mantled by bright Martian dust. There are no color variations, just uniform reddish dust. At full resolution, we see a pervasive, pitted texture that is characteristic of many dust deposits on Mars. No boulders are visible, so the dust is probably at least a meter thick.

Past Martian rovers and landers from NASA have avoided such pervasively dust-covered regions for two reasons. First, the dust has a low thermal inertia, meaning that it gets extra warm in the daytime and extra cold at night, a thermal challenge to survival of the landers and rovers (and people). Second, the dust hides the bedrock, so little is known about the bedrock composition and whether it is of scientific interest.

There is morphologic evidence for layered rocks, and narrow curving structures that could be fluvial channels, so the bedrock geology could be quite interesting, but exploring this site would be like trying to do field work when there is several feet of snow on the ground. Then again, maybe the dust is cemented so it is easier to drive or walk on it, but it still hides the bedrock from easy access. 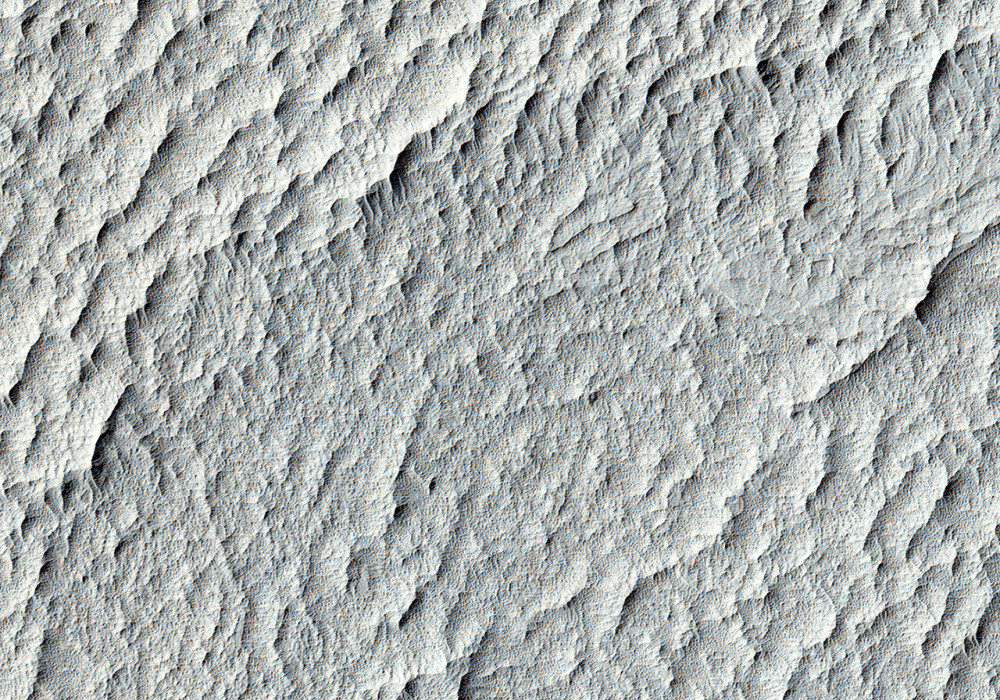