Dunes are often found on crater floors. In the winter time at high northern latitudes the terrain is covered by carbon dioxide ice (dry ice). In the spring as this seasonal ice evaporates many unusual features unique to Mars are visible.

On the floor of this crater where there are no dunes, the ice forms an uninterrupted layer. On the dunes however, dark streaks form as surface material from below the ice is mobilized and deposited on top of the ice. In some cases this mobile material probably slides down the steep face of the dune, while in other cases it may be literally blown out in a process of gas release similar to removing a cork from a champagne bottle. 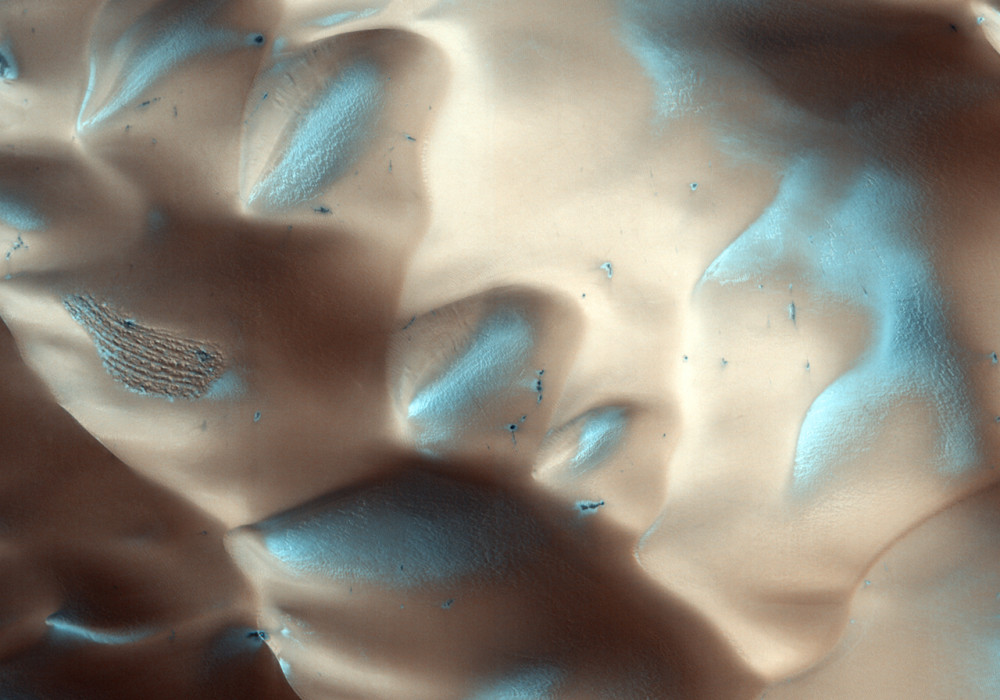