This image shows dunes on the northern plains of Mars, and appears similar to images taken when the surface was covered by frost.

However, CRISM spectra taken at the same time do not show evidence for either water or carbon dioxide frost here. Possibly, and consistent with the CRISM spectra, this area is covered by dust, obscuring the dark material that is typically present in dunes of this type.

The orientation of the dunes indicates that they were formed by winds blowing generally from upper right to lower left. Ripples on the dunes show that the wind patterns that formed them are more complex, with the dune shapes affecting the wind direction.

It is not known whether these dunes are currently active (being moved by wind today) or have been in this location for a very long time, but if they are indeed covered by dust they cannot have been recently active.

Between the dunes, the underlying surface of the northern plains can be seen. In places, it has been fractured into polygonal blocks, suggesting that water ice is or was present below the surface. Meter-size blocks are also seen in places in this image and elsewhere on the northern plains. The origin of these blocks is not known, but they may be remnants of erosion of material that once covered this region. 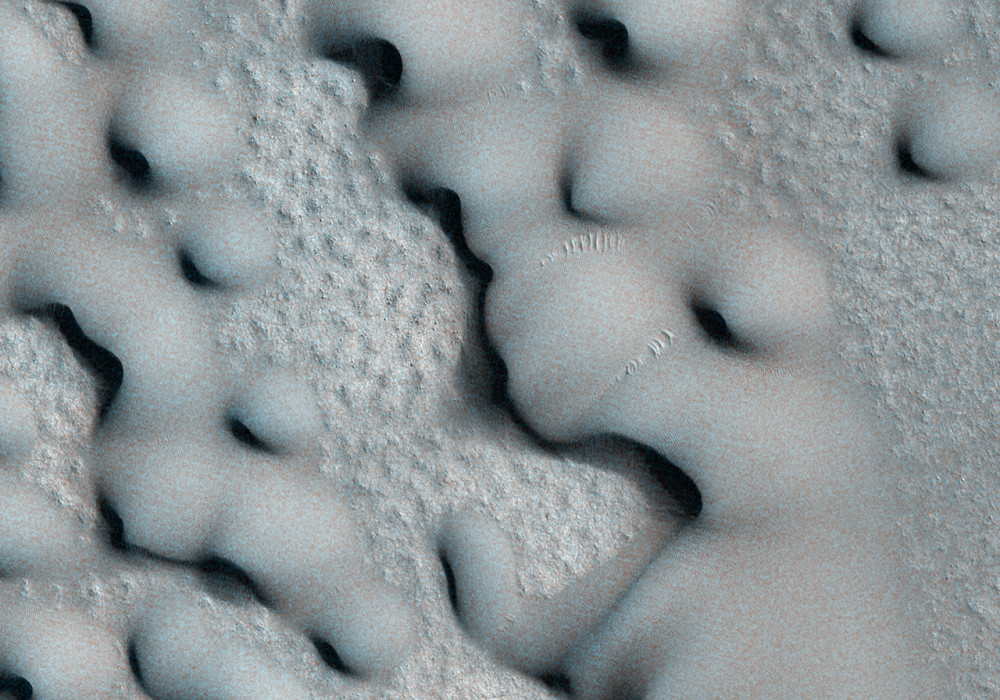