This image was taken over the north polar region of Mars, just south of the layered ice cap. The image shows a 10 kilometer diameter impact crater during northern spring, still covered by carbon dioxide ice/frost, and perhaps some water ice/frost.

There are color variations due to the presence of reddish dust mixed with the ice/frost in different proportions, and the dark and relatively blue spots form when carbon dioxide gas is released in small jets from beneath the ice.

There are no clear examples of small impact craters superimposed on the large crater, although there are many shallow depressions that might be degraded craters. This seems puzzling because small (approximately 10 meters in diameter) craters form much more frequently than 10 kilometer craters. In fact, they form about a billion times more frequently! The reason why there arent any sharp small craters is due to the fact that the ice destroys them, and does so rapidly, compared with the cratering rate.

Ice on Mars does not melt in the current climate, but it does expand and contract with temperature variations and it can flow. 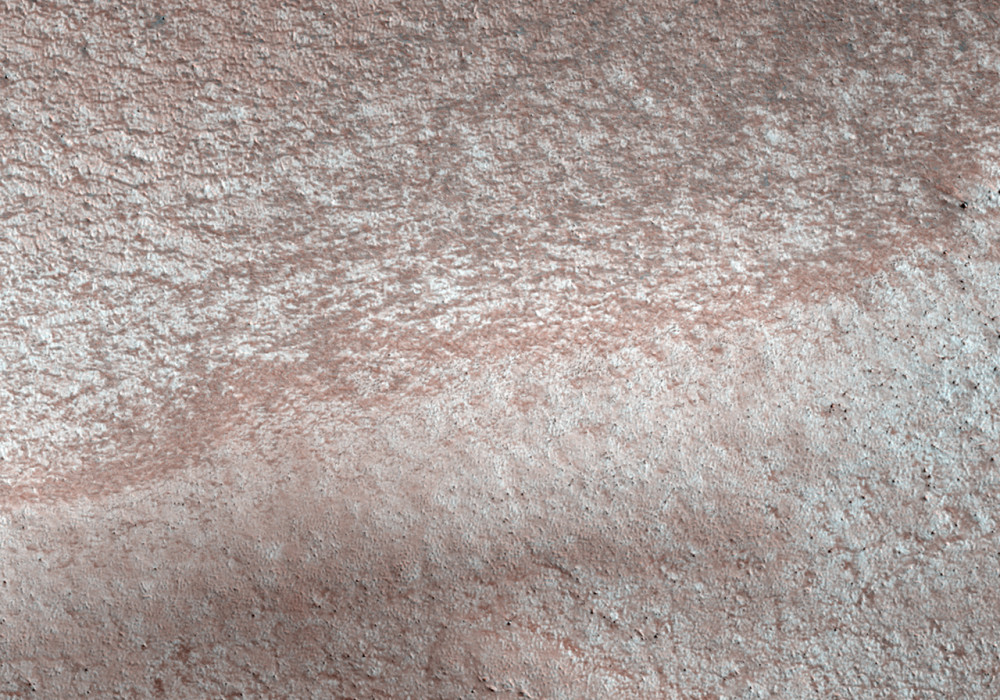