Frosted Ground in the Southern Hemisphere in Late Fall

This image was acquired within two weeks of the winter solstice, when the subsolar latitude is at its northernmost position.

At this location (latitude 52 S) and time the sun barely peeks over the horizon in the mid-afternoon when MRO passes overhead, and carbon dioxide frost is building up on most of the surface.

In enhanced color , the frost appears blue. Slopes that face north receive more heat from the sun and appear reddish, indicating less frost is present. There may also be a small amount of water frost on the surface.

Mars is very different from Earth in that its main atmospheric component can condense onto the surface. The nitrogen that dominates Earth’s atmosphere never condenses onto the surface, although nitrogen in the atmospheres of frigid Triton and Pluto does form surface frost and ice. 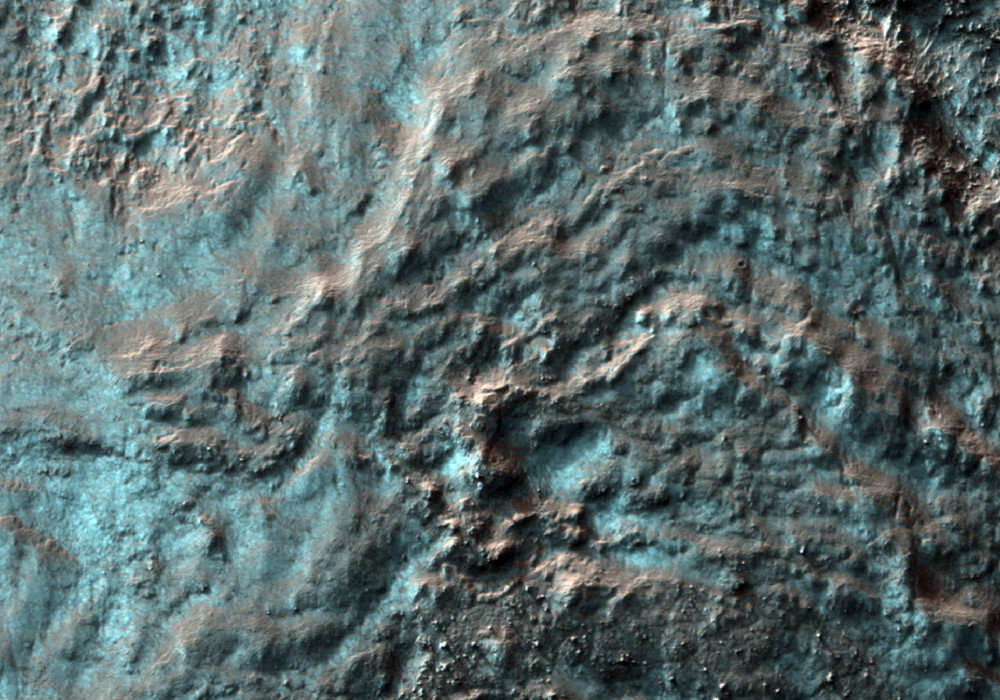