Frosted Gullies in a Central Pit

The frosted gullies in this observation are located along an irregularly shaped pit approximately 15 kilometers wide. The pit lies within an impact crater in Sisyphi Planum that is about 35 kilometers in diameter and is located northwards of the Southern polar layered deposits.

Carbon dioxide frost covers much of the region and helps to reveal subtle textures in the landscape . The layered sediment visible in the walls of the pit and in which these gullies formed likely originally filled much of the impact crater.

Evidence for a variety of processes abound in this region. The dark, low albedo spots along some of the gullies and on the frosted debris aprons, especially along the base of the layered terrain are likely areas of defrosting, where carbon dioxide frost sublimates during southern spring. Periglacial terrain forming polygonal patterns suggests that the region is rich in near surface ground ice and volatiles.

Ice-rich landslide-like forms and sinuous ridges running along the base of the pit wall are also common, owing to the unstableness of the layered sediment that comprises the pit walls. 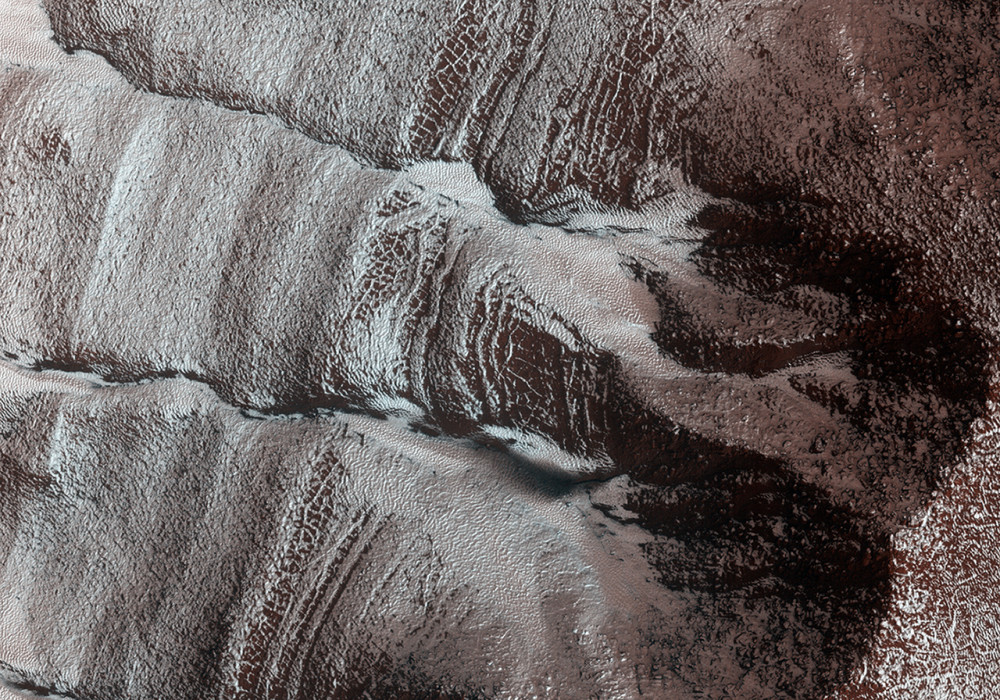