Frosted Gullies in the Northern Summer

Many images show that Martian gullies have formed on impact crater walls in both the Northern and Southern hemisphere. Gullies such as the ones shown here have an alcove at the top of the crater wall and channels leading downhill to debris aprons that run out over the crater floor.

Some of these gullies show activity today with new material appearing on top of the debris aprons. Many scientists believe that these gullies have been carved by liquid water so this present-day activity is of immense interest. Recently however, an alternate theory has been gaining ground.

An analysis of gully activity in craters and on sand dunes shows that activity seems to only occur in the winter at the coldest time of year. The alternate suggestion for gully activity is that accumulations of frost in the gully alcoves starts an avalanche of loose material that does not involve liquid water.

This HiRISE image shows shows gullies on a crater wall in the North polar region. Although it is late summer, you can see frost within the gully alcoves. These alcoves are on the poleward facing crater wall and so spend much of the time in shadow. This allows the frost to survive. The full-image shows that the opposite (south-facing) wall has similar gullies, but no frost during this season. Scientists are analyzing many images like this in order to try and answer the broader question of whether liquid water is responsible for the these gullies or not. 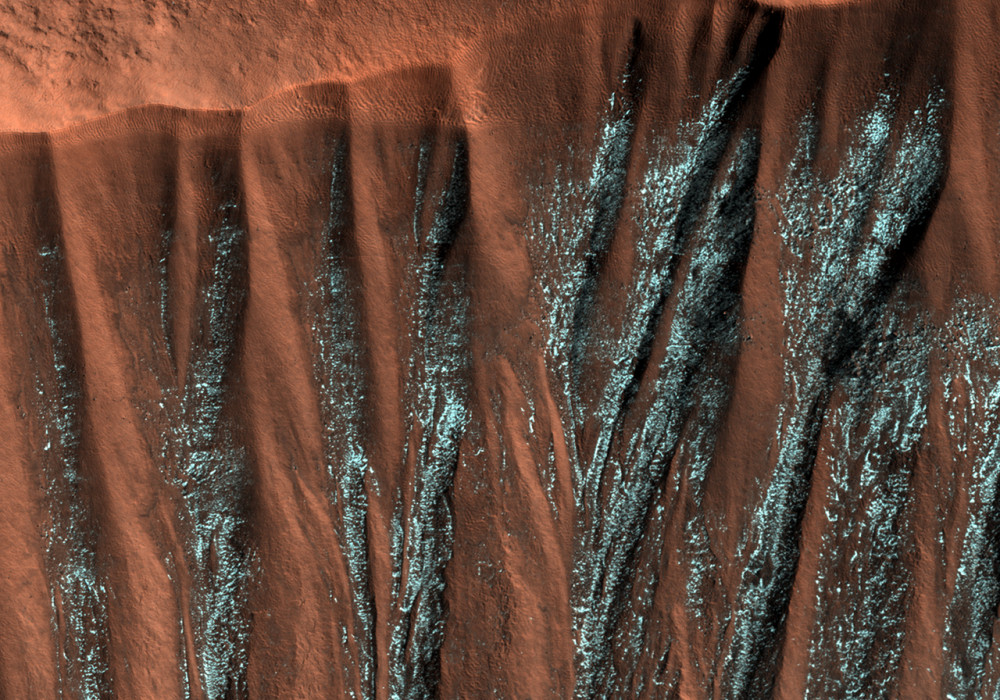