This image was planned to search for gully activity in the Northern Hemisphere. Changing gullies have so far been documented only in the Southern Hemisphere, where a greater thickness of carbon dioxide frost forms in the winter.

The gullies are active when this frost is present, especially in the late winter and spring as it sublimates. The well-preserved crater here has a bright gully deposit ( visible in prior images acquired in late northern summer), which suggests recent activity. An animated GIF blinking between these two images (at reduced resolution) shows how it changes in appearance with the seasons. 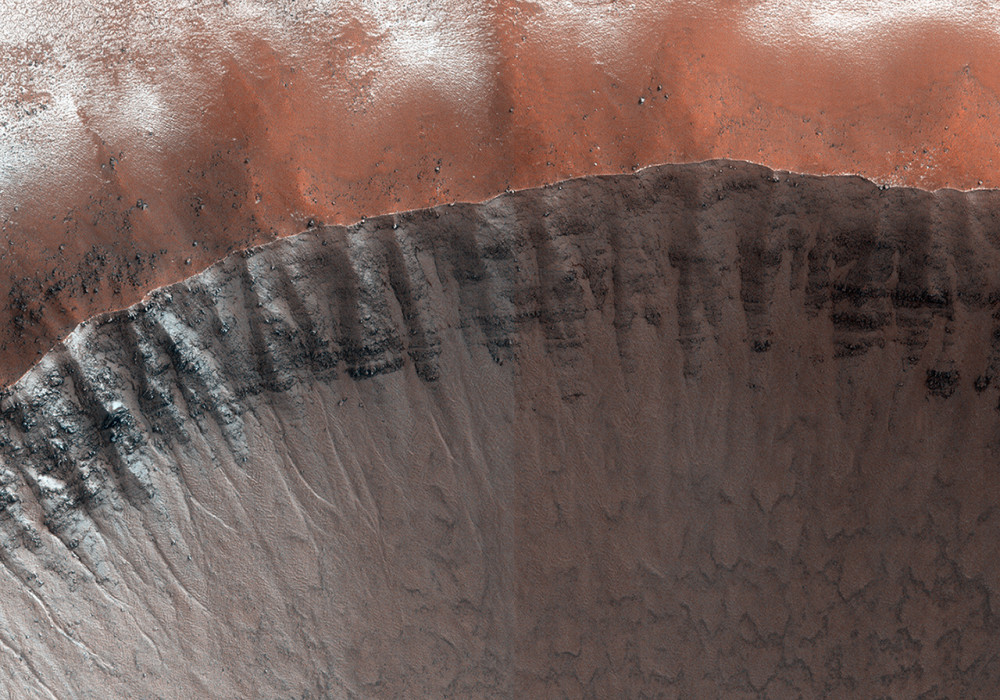