The chaotic terrain in Juventae is believed to have formed when subsurface water in the ground flowed away, causing collapse of the ground and leaving behind numerous hills along the floor of the trough.

In this HiRISE image, the geologic contacts between the wallrock (darker units at the top of the image), light-toned layered deposits, and darker hills of the chaotic terrain are visible. By studying the image, scientists hope to determine what are the relative ages of these different units in order to decipher the geologic history of this region. A stereo image of this location could be even more helpful because it will show the three-dimensional relationships between the different units, thus revealing more information about their relative ages.
Written by: Cathy   (11 July 2008) 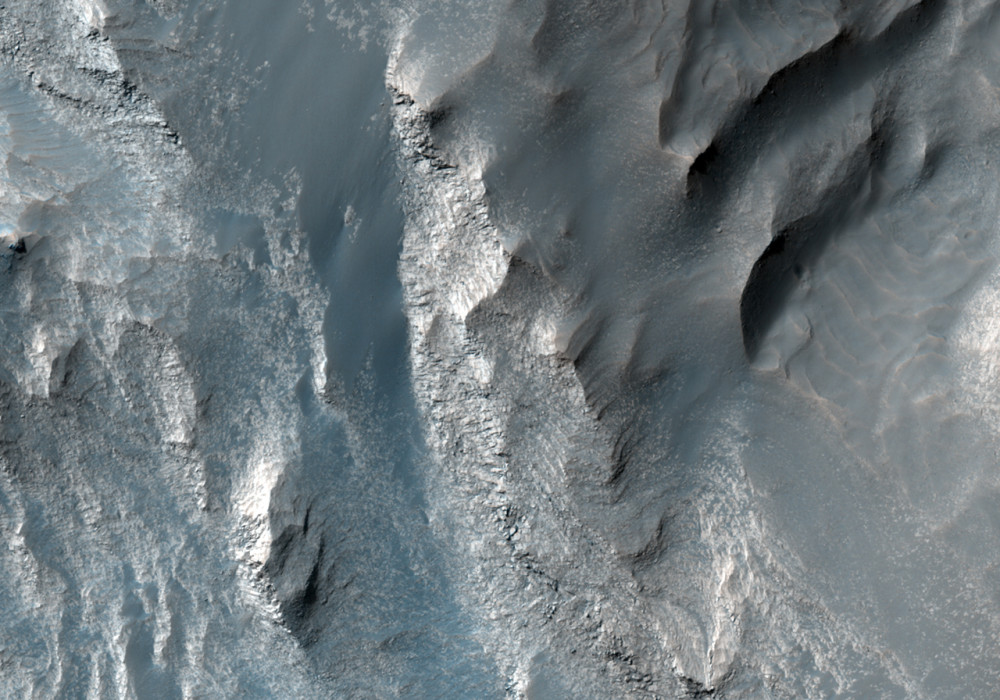