The top portion of the image shows mottled plains that are covered in craters. It is possible that the plains are eroding and exposing (exhuming) craters that formed long ago and were since buried. A crater that is being uncovered can look like a faint ring, of which many examples are visible here. The edge of the plains is marked by a cliff located approximately halfway down the image. This cliff is the wall of a valley that might have once flowed into the enclosed trough, Ophir Cavus, located directly south of it.

Ophir Cavus is seen to have landslides on both of its walls. It contains dunes and what appears to be a coherent mass of material on its floor that is probably eroding. It also has a series of layers around its rim. These layers probably continue under the surrounding plains.

South of Ophir Cavus, located at the bottom of the image, are plains that have a much different appearance from the plains at the top. These plains have a few craters that might be exhumed, but also several fresher ones. The fresher craters have darker bottoms, implying that the depth to which these craters disturbed the surface corresponds with a darker layer. Some of the dark-bottomed craters have faint dark rays that have not been blown away by the wind; this also verifies that they are relatively recently formed.

The floor of the valley also has a large number of craters, many of which are small. The majority of these craters have a bright tail pointing in the southwest direction ( see subimage, approximately 950 meters across; 1928 x 1346; 7 MB). This indicates that the wind was probably blowing from the northeast when these craters formed. Since wind directions change frequently on Mars, it is possible that a large number of the valleys craters formed at the same time. This suggests that they are secondary craters: craters that form when material thrown out from a bigger impact is moving fast enough to create these craters. Secondary craters commonly form in clumps, also seen in the subimage.

Please note that the vertical stripes seen in the image are camera artifacts. They are not real features.Written by: Kelly Kolb   (14 September 2007) 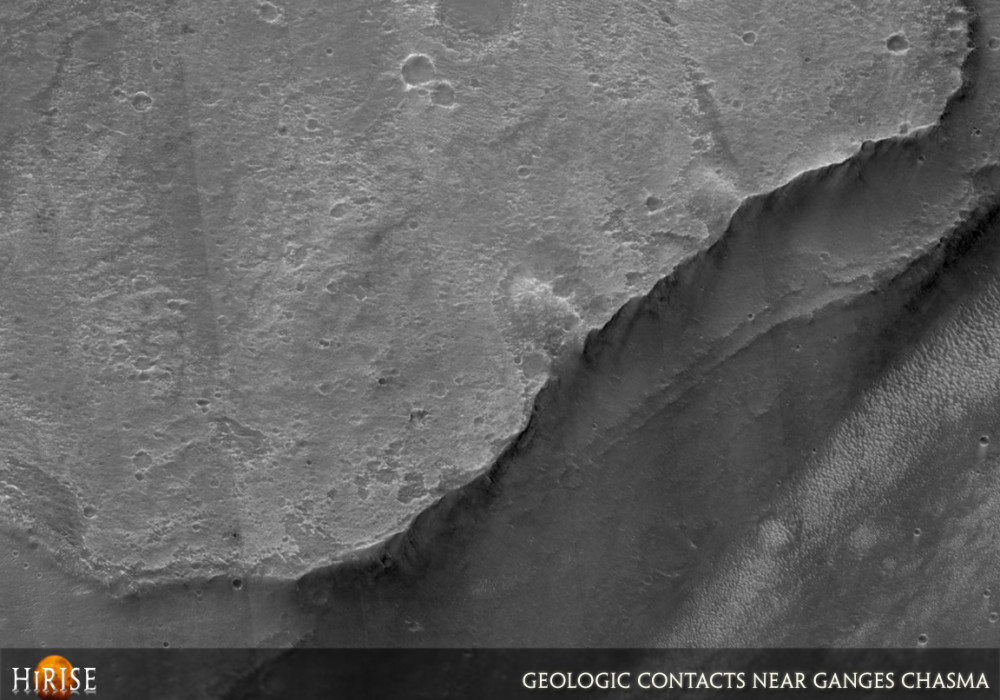