This image is centered on a long “strike-slip” fault on the young plains in the Amazonis region of Mars.

The most famous example of a strike-slip fault on the Earth is probably the San Andreas Fault in California. The smooth plains here have few large craters, indicating that it has been resurfaced relatively recently.

The fact that the faults have cut these plains indicates that tectonic processes (and Marsquakes) have occurred even more recently. Of course, “recently” on Mars is a relative term; it is likely that both the surfaces and the faulting are more than a billion years old. 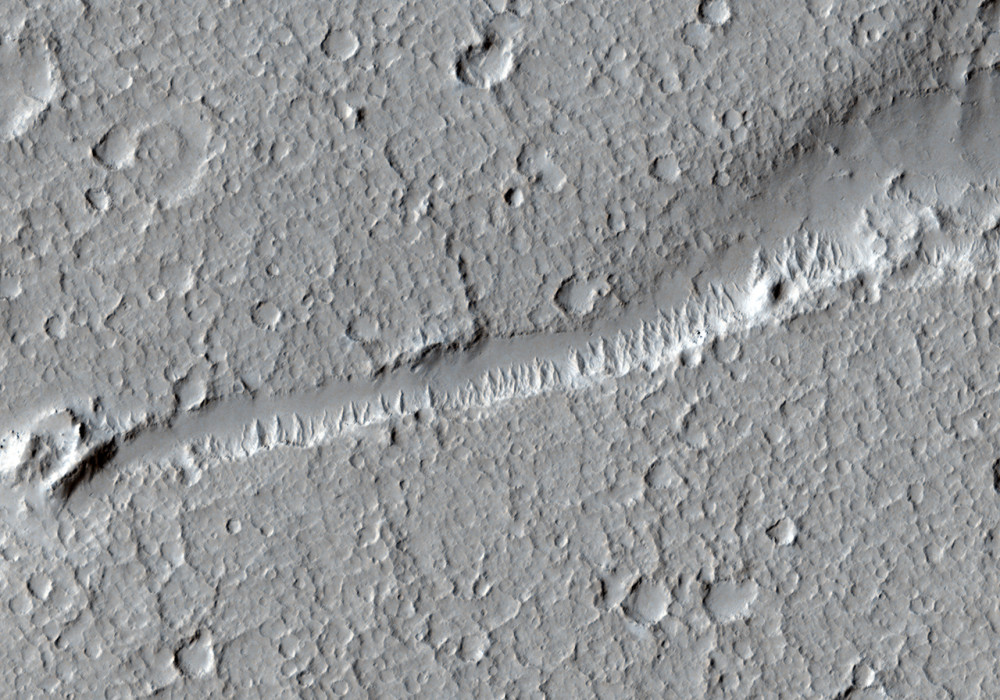