The polar layered deposits on Mars are thought to be composed of varying amounts of water ice and dust. The variations in the relative amounts of ice and dust are probably caused by recent climate changes on Mars, similar to ice ages on Earth.

This image of the south polar layered deposits shows many layers, some of which are cut off or truncated against other layers (near the center of the image). These truncations are probably due to periods of erosion separating periods of deposition.

After nearly horizontal layers are deposited, they can be partly eroded (perhaps by winds) before more layers are deposited over them. In this image, there is evidence for at least two such episodes of erosion and burial. These types of observations are useful to Mars scientists as they try to unravel the climate history of Mars.Written by: Ken Herkenhoff   (18 September 2007) 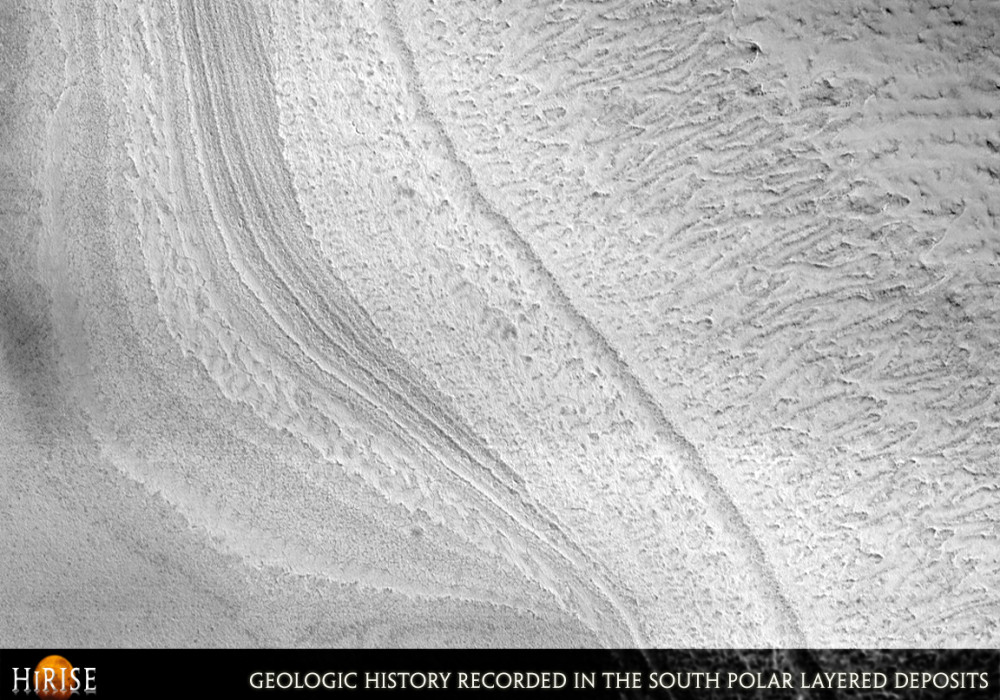