Ghost Crater Near the South Pole

This HiRISE subimage shows (at reduced resolution; 2196 x 1442; 3 MB) a circular structure near the south pole of Mars. This feature is probably a heavily modified impact crater. It is currently expressed as a group of concentric circular features with little vertical expression.

This feature was probably once an impact crater many tens of meters deep. (Small impact craters are typically about one-fifth as deep as they are wide). The original topography has been smoothed by some combination of burial and viscous relaxation. Most burial processes will preferentially fill in low areas like craters; the infilling material may then compact, producing arcuate structures.

Creep of the crater wall material may have also played a role in erasing the crater. This far south, the surface material is likely to be ice-rich and will slowly flow downhill. Additional evidence for near-surface ice is provided by the pervasive polygons in the image, forming due to stresses caused by temperature variations in ice-rich ground.

Regardless of the mechanism, the crater remains faintly expressed in the surface morphology. Note that the surface has a similar texture away from the crater, but not organized into concentric arcs. The residual structure of the crater provides some control on stresses, producing the ringed pattern.Written by: Colin Dundas   (7 September 2007) 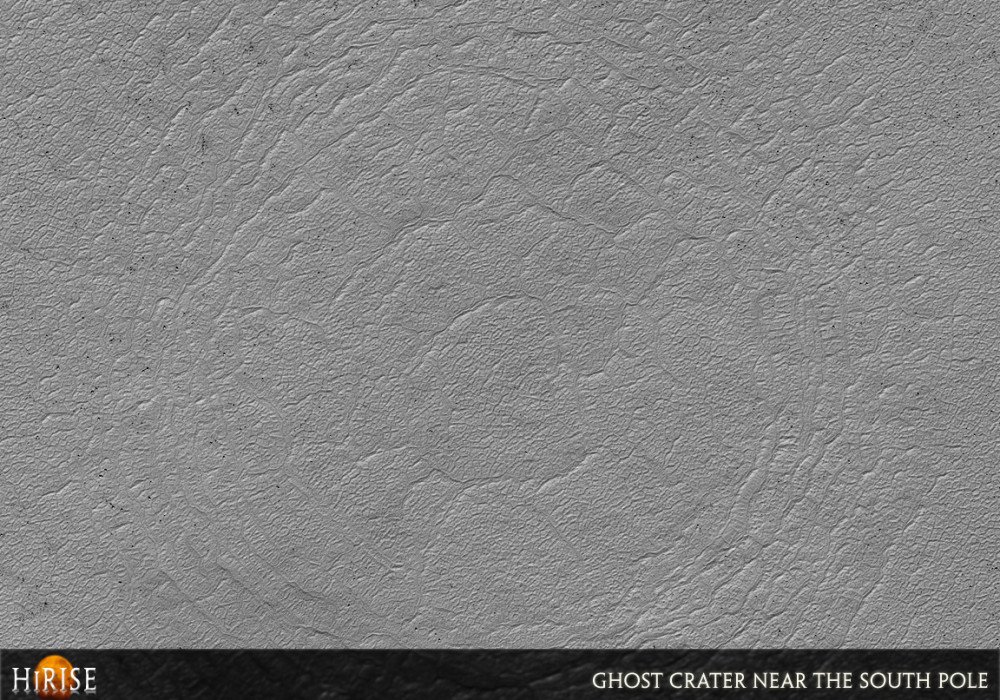