Glaciation at the Eastern Hellas Margin

Hellas Crater in the ancient highlands contains some of the clearest evidence on Mars for glacial processes. This image, on the eastern margin of the giant impact crater, shows a number of features consistent with glaciation.

There are roughly north-south running ridges and troughs which mark the deposition of sediment called moraine underneath or beside a glacier. There are also sinuous channels which may formed from meltwater underneath a glacier. A small (3.5 x 3.5 kilometer) cutout shows an example of the moraine and meltwater channel . 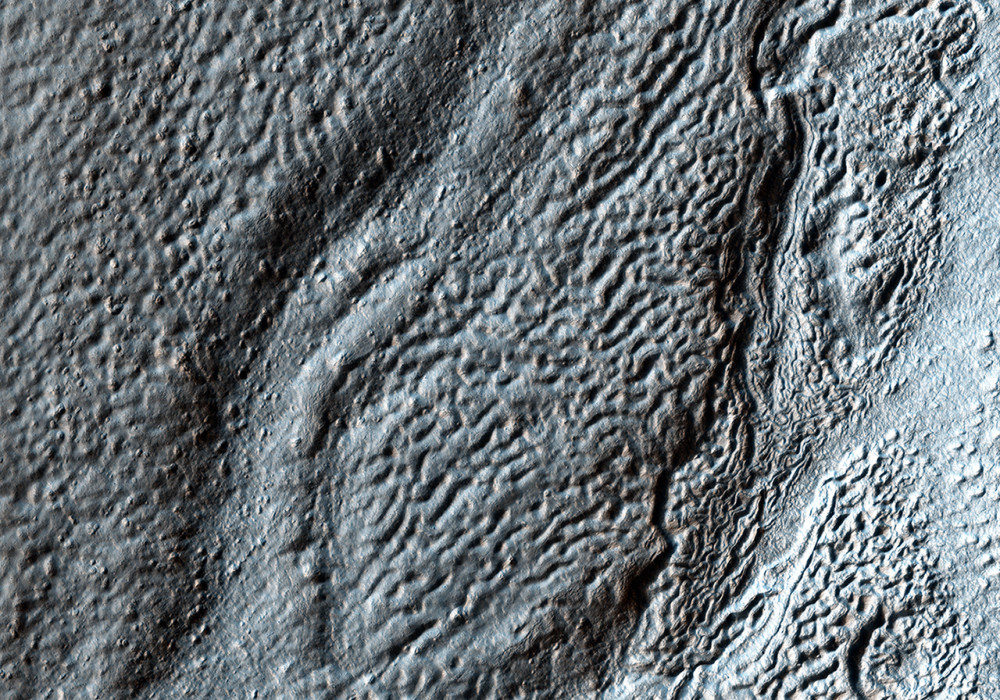