This observation shows glacier-like flow in a depression in the flanks of Arsia Mons.

Arsia Mons is one of the large Martian volcanoes that sits near the equator on the Tharsis Rise. Downslope is towards the top left of the full image, and flow is in this direction.

It is interesting to note that the depression being viewed is not directly radial from the volcano’s peak, but rather oriented approximately 45 degrees away from radial, along the flanks of the volcano.

The pitted texture of the material suggests that sublimation is occurring or has occurred. (Sublimation is when a substance, such as water ice, goes directly from a solid state to a gaseous state without going through an intermediate liquid phase.) The surface temperature and pressure on Mars are such that water in ice-rich material can easily sublimate leaving behind a depression where the volatiles were removed.

It is possible that the flow features in this image are relict glaciers. The flow lobes and surface lineations are similar to those found on glaciers on Earth. The merging of the lobes seen in the bottom of the image and the subimage implies that multiple walls are shedding material. 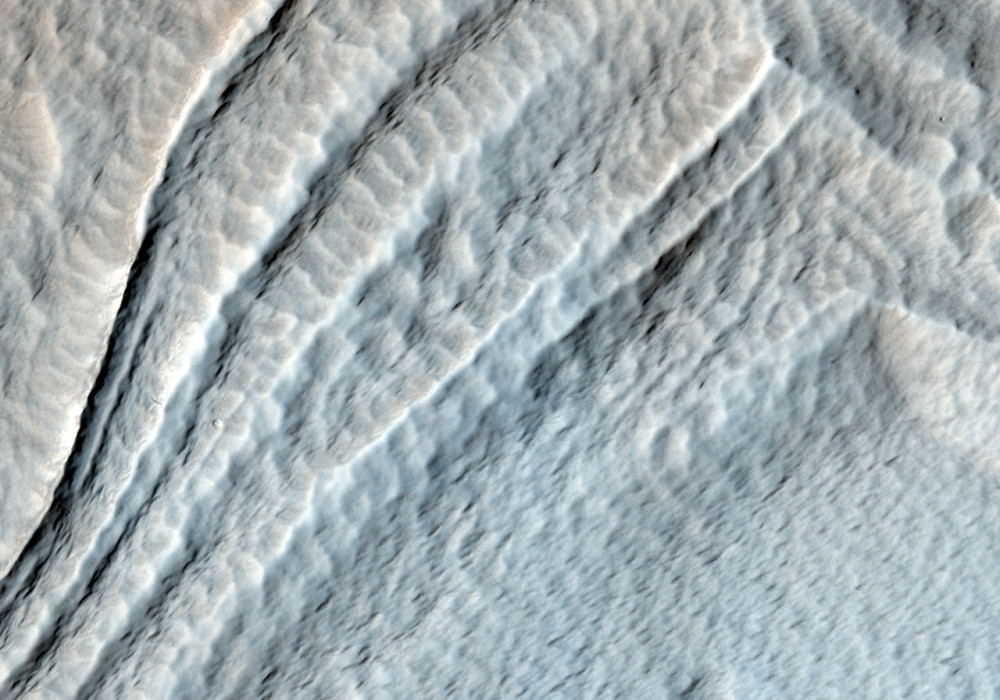