Global Eyes on an Impact Prize

On 20 March 2014, a dark spot on the surface Mars , about 5 miles (8 kilometers) in diameter was seen for the first time in low-resolution (approximately 1 kilometer) imaging from the Mars Color Imager (MARCI) camera on Mars Reconnaissance Orbiter (MRO). Because MARCI sees essentially the whole planet every day, the sudden appearance of a dark spot was of note.

To follow up, the Context Camera (CTX) obtained a high resolution picture of the area in question in early April. Before and after imaging revealed two new large impact craters within the blast zone. At 6 meters per pixel, CTX can detect the dark blast locations but usually cannot resolve the crater that formed the blast, because most fresh impact craters are only a few meters across.

This is where the high resolution of HiRISE comes in: our camera was able to show the fine surface details within the blast zone. The largest of the new craters, appears slightly asymmetric in shape , and measures 159 x 143 feet (48.5 x 43.5 meters) in diameter, making it the largest new crater detected on Mars by MRO to date. Both HiRISE and CTX images also show numerous, new, small landslides within the blast zone .

All of these coordinated observations also demonstrate how different teams on the same spacecraft can work together to examine interesting features in greater detail.

Note: a newer image of this area, is also available and has an anaglyph . 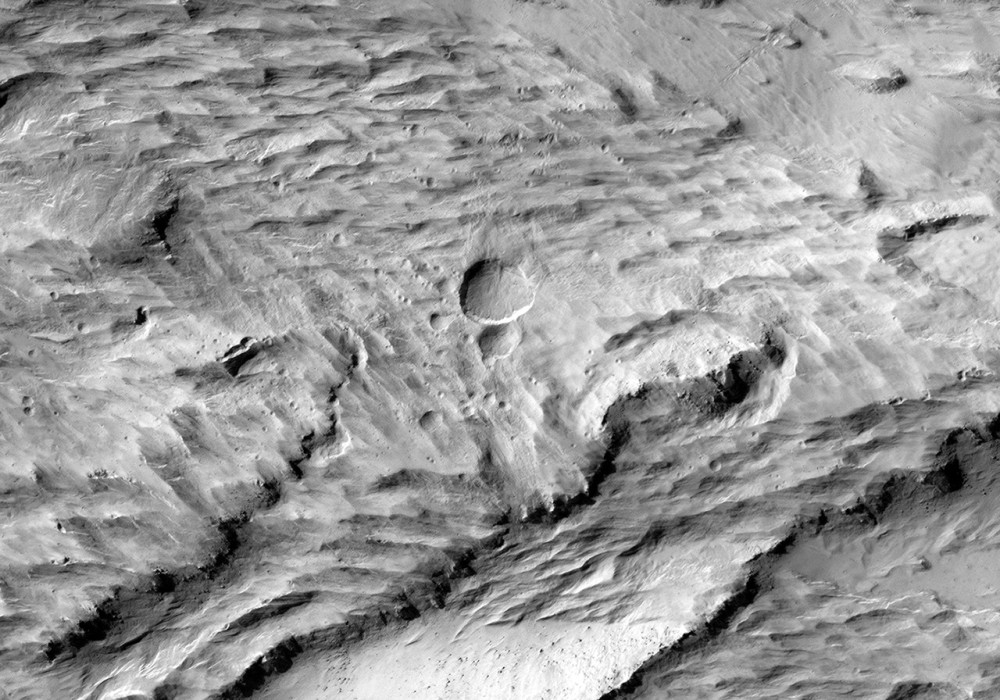