Go with the Flow

This image shows flows with rather large ridges extending down off of the central mountains of Moreux Crater.

What made those flows? It doesn’t look like lava, and the central mountains are not volcanoes–they were thrust up by the impact event. Instead, it may be that these were flows of ice, or glaciers. There are lots of boulders on the surface, and glaciers tend to carry lots of rocks.

The Shallow Radar (SHARAD) experiment on MRO is able to penetrate through ice, confirming that many features such as this one are composed of ice, with a thin cover on non-icy material. The existence of glaciers on Mars was controversial more than 10 years ago, but not today.

So far we have seen no evidence for currently active glaciers on Mars, but maybe they are moving very slowly. This image is actually a repeat image of this site. 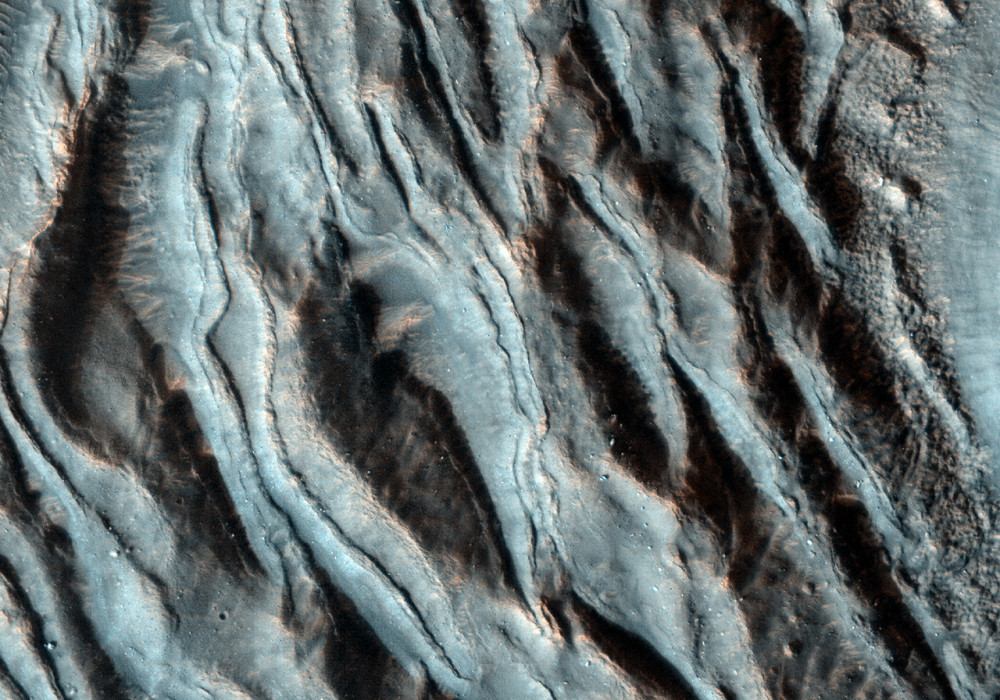