This image shows a graben (a trough formed when the ground drops between two parallel faults) and a lava flow in the Tharsis volcanic province of Mars.

Relations like this can be used to establish the relative ages of features on the surface. In this case, the trough cuts the lava flow, indicating that it is younger. If the trough existed when the flow occurred, lava would have spilled into and flooded it before the flow was able to proceed to the North.

Another interesting feature in this lava flow is the trace of a central channel, indicated by two roughly parallel linear features within the flow. After the first lava flowed across this area, the rest of the flow was probably concentrated in this inner channel (most easily seen in the browse image). The channel was still full of lava when the flow stopped, and so the surface is still at the same height as the rest of the flow. 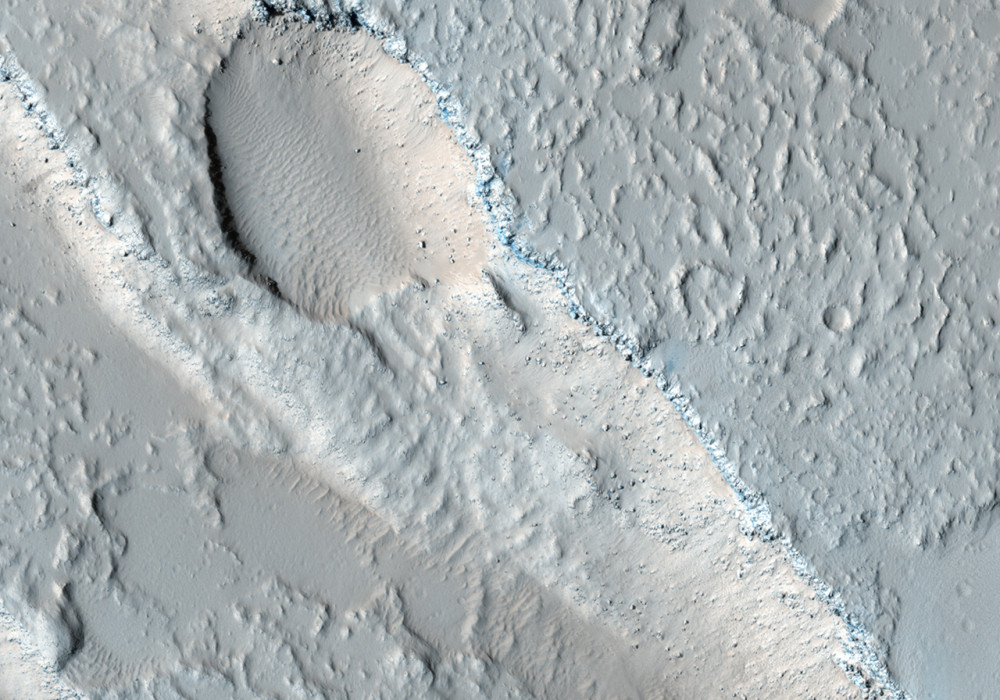