The linear depressions that cross this HiRISE image are geological features called “graben.” In this part of Mars, graben such as these are collectively named Memnonia Fossae.

Graben can form when the ground is stretched apart due to tectonic forces and can also form when magma is injected underground along long vertical fractures called dikes. The magma forces the dikes open, causing the extension of the ground surface. Both tectonic and dike-related graben are found in Iceland, where tectonic forces both stretch apart the island and enable magmatic dikes to form.

By studying the topography of graben, scientists are able to discern between tectonic and magmatic origins. This part of Mars is especially well suited for this kind of analysis because the ground surface prior to graben formation was relatively flat, making graben-related topography easier to identify and study. Topographic analyses of graben in Memnonia Fossae has revealed that these features formed over magmatic dikes. This means that the Memnonia Fossae are indicators of underground magmatic activity, rather than regional tectonic extension. These kinds of details are key to interpreting the geologic evolution of the surface of Mars.Written by: ChrisO   (12 October 2007) 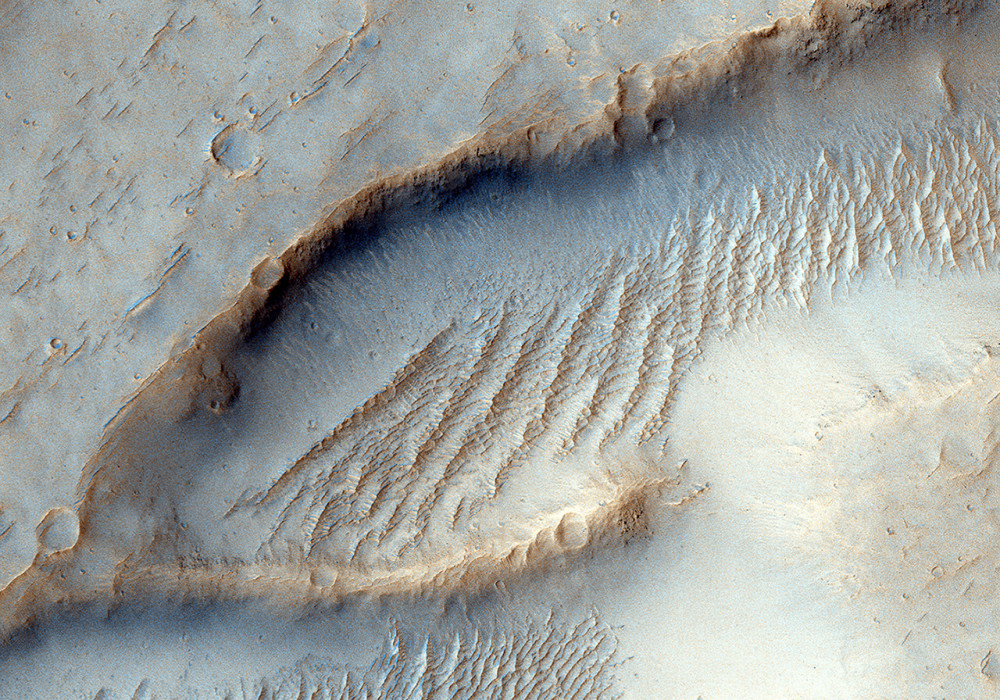