This HiRISE image shows a graben (roughly 2.5 kilometers or 1.6 miles wide) cutting a ridge near Memnonia Sulci, a region of Mars west of the massive Tharsis volcanic province.

A graben is a trough created when two normal faults (faults dipping at an angle, with the overhanging wall sliding downwards) opposite each other lower the block of rock in between them. They are commonly associated with the tectonically-driven extension of a region and are also found in volcanic areas. Graben occur on many planets and moons, including Earth.

In this case, the graben (running roughly east-west, indicating extension in the north-south direction) is cutting a ridge, showing that the graben is more recent. The ridge may also be tectonic in origin, representing a different epoch and different type of tectonic activity.

Relationships like this can be used to determine the sequence of events in the history of the region. The graben walls can also expose the local rocks at depth; in this case there is no obvious indication of layering. Written by: Colin Dundas   (26 October 2007) 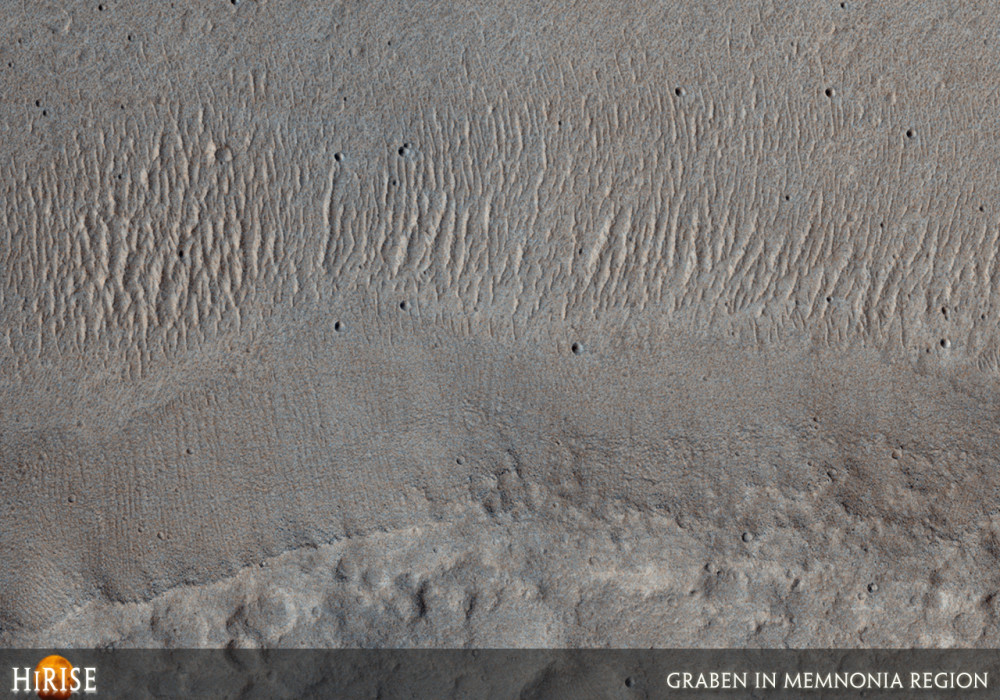