This image shows a portion of the South polar permanent ice cap on Mars, which is composed of frozen carbon dioxide (dry ice). This slab of dry ice is a few meters (10-20 feet) thick and is peppered with quasi-circular pits.

The ice is very volatile in comparison to frozen water; it sublimates (evaporates directly from solid to gas) forming carbon dioxide gas when it’s exposed to enough sunlight. The ice in this ice cap persists from year to year, yet observations by previous spacecraft have shown that the walls of the pits in this image are retreating by about 3 meters (10 feet) per year, eating away the slab of dry ice. These walls retreat rapidly because they are steeply sloping and absorb much more sunlight than adjacent flat surfaces (which show no changes).

This image is typical of surfaces in the South polar cap. The floors of these pits have only a thin covering of carbon dioxide ice, but the dry-ice mesasthe adjacent flat-topped plateausbetween the pits are a few meters thick. The upper surfaces of these mesas are covered in a network of ridges where previous cameras could not observe and may even be accumulating fresh ice each year. This landscape is changing rapidly, so it is thought to be very geologically young; the layers visible in the pit walls probably record variations in the Martian climate over the last few decades. 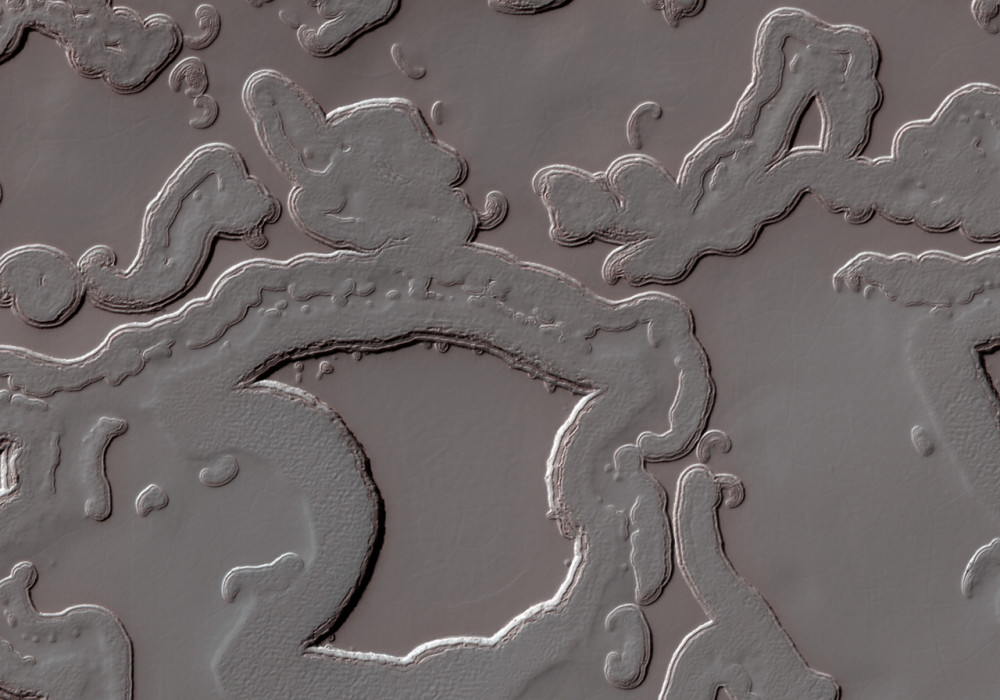