Gullied Crater in the Martian Tropics

Gullies are ubiquitous on steep slopes in the middle latitudes of Mars, but there are gullies in the equatorial band as well.

The equatorial gullies, however, have not shown any hints of current activity, unlike the middle-latitude gullies that are forming and growing in the wintertime when carbon dioxide frost is present. Also, the equatorial gully fans have steeper slopes than many of those in the middle latitudes.

Equatorial gullies are especially common on the steep inner slopes of relatively recent impact craters larger than a few kilometers in diameter. These gullies may form very quickly after crater formation, when slopes are particularly unstable, and there could be melting of previously buried ice. Impact melt (melted rock, that is) could also contribute to formation of gully-like morphologies, as seen on the Moon.

Unfortunately there are gaps in the new image, data lost during transmission from Mars to Earth. 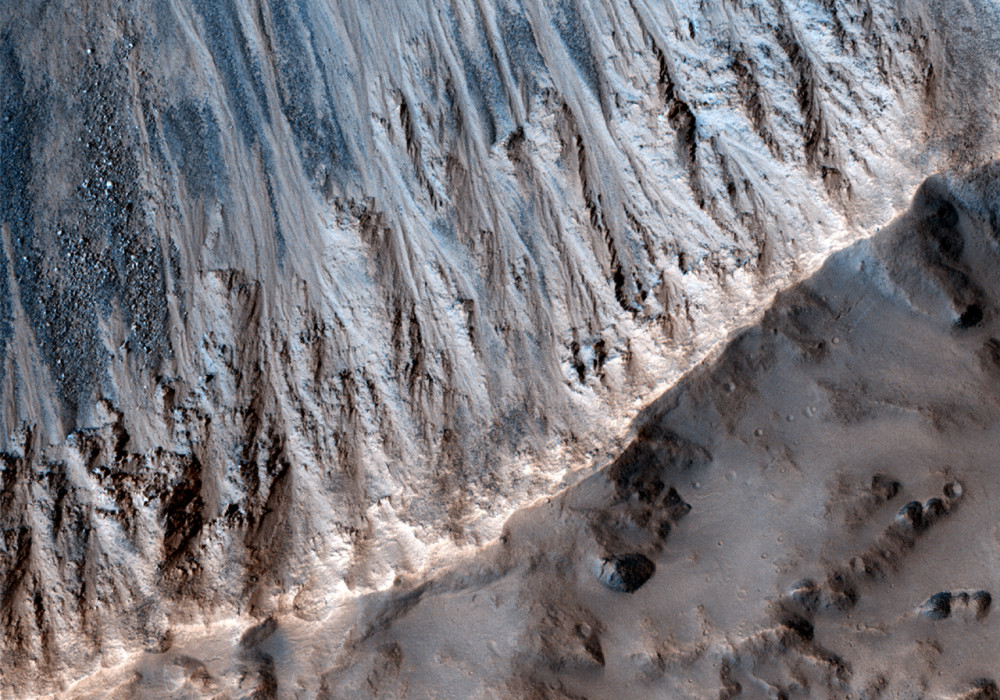