This observation shows gullies in a semi-circular trough in Noachis Terra. The gullies are observed to face all directions.

It is interesting to note that the gully morphology seen here depends on the orientation of the gullies. The morphology differences are most pronounced on the sunlit slope, with the gullies facing south (down) being more deeply incised than those facing the west. It is unknown what caused the different gully morphologies, but there are several possibilities.

Gullies are proposed to form at locations determined by the availability of a forming liquid (thought to be water) and/or the amount of insolation the slope receives, among other factors. It is possible that the deeper gullies experienced more erosional events or that their erosional events were more effective for undetermined reasons. It is also possible that the gullies formed at different times such that they did not have the same amount of water either for an individual flow or totalavailable to them. Also, the underlying topography could make the gullies appear relatively more incised without this actually being the case.

Note that the alternating stripes on the left side of the image are an artifact from camera noise. They are not real features. 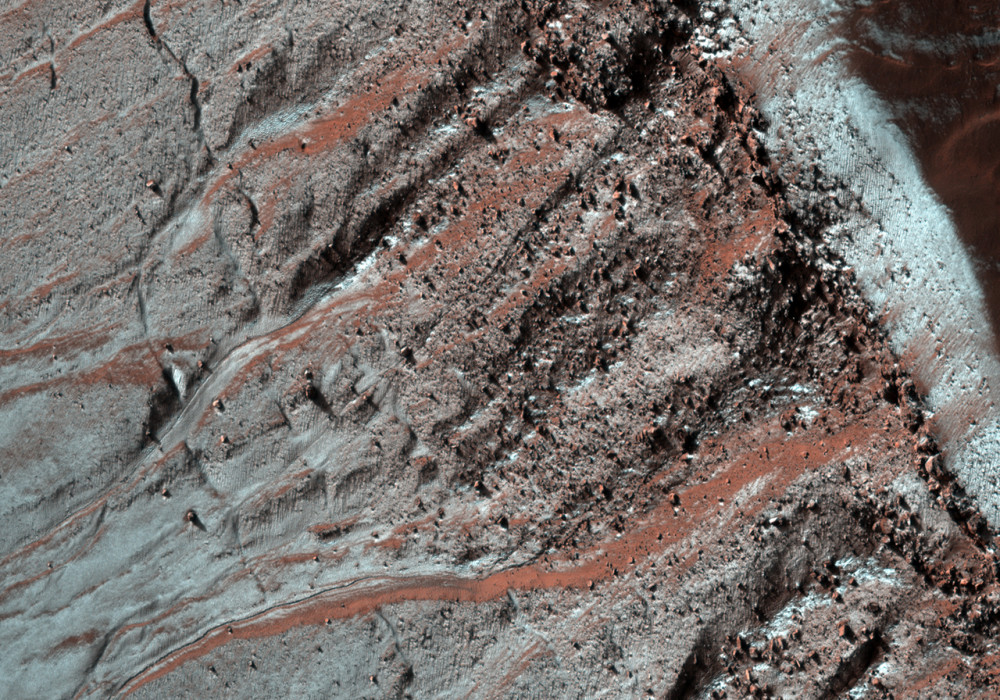