This image shows a rather pristine crater with gullies and bedrock exposures. The gullies are mostly on the south-facing (poleward facing) wall. Some of the gully channels are very sharp, indicating that they have not been modified much since they formed.

Other channels criss-cross each other, demonstrating that there were multiple periods of activity. Scientists do not know how closely these were spaced in time.

The south and east walls of the crater have very distinct bright layers. These layers are possibly ancient bedrock. These walls also have what appear to be bright landslides. 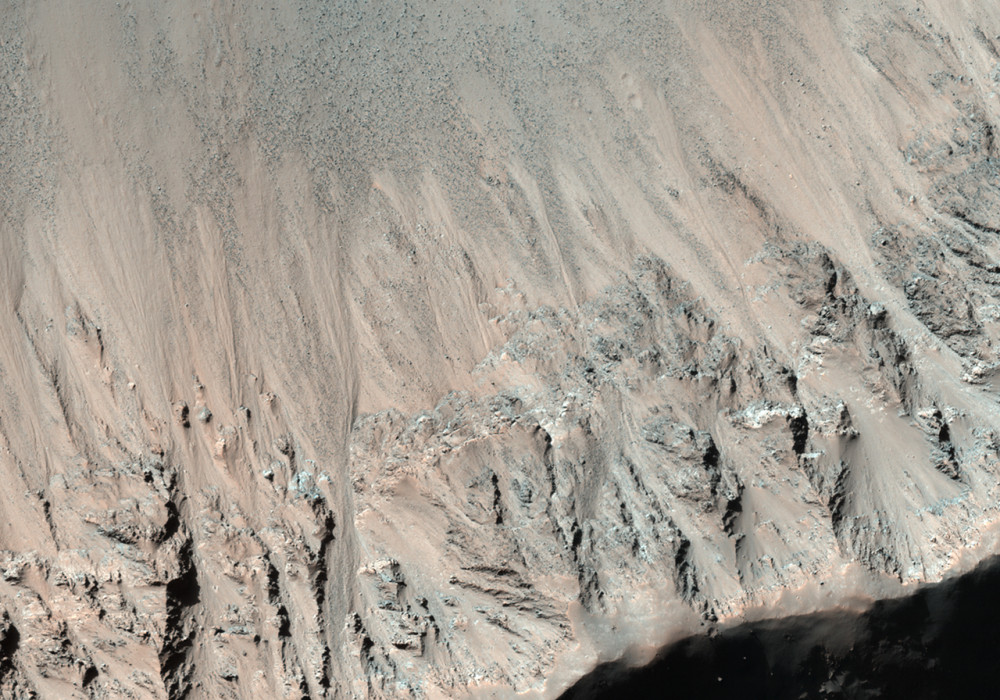