Gullies and Craters and Dunes, Oh My!

This unnamed, approximately 30-kilometer diameter crater, formed in the Southern highlands of Mars. Our image shows regions of geologic diversity within, making this an interesting spot for scientists to study how different Martian processes interact with each other.

Gullies, or channels formed by fluids such as water or lava, cut into the rim and sides of this crater . The presence of gullies can reveal clues about the ancient history of Mars, such as the amount of flowing fluid needed to form them and roughly how long ago that happened. This crater may also host features actively changing on the surface of Mars known as “recurring slope lineae” (RSL). Manifesting as dark streaks on steep slopes such as the walls of craters, scientists posit briny flows of small volumes of water as a possible RSL formation method. Studying the behavior of RSL further may provide evidence for the presence of water on Mars today.

Moving toward the crater floor, one can observe patterns indicative of dunes . Dunes arise from the breakdown of exposed rocks by wind and subsequent manipulation of the eroded sand particles into wave-like structures. The presence of dust devil tracks provides additional evidence for significant wind activity at this location. These dunes are very dusty and so likely haven’t been active (moved) in some time.

HiRISE also captured a small, relatively fresh crater on the floor near the dunes . One of the most ubiquitous processes in the solar system, impact cratering can drastically change the surface of a planetary body. As such, craters provide sources of comparison between planets, moons, and other bodies across the solar system. Impacts still occur today , helping scientists find relative ages of different areas of a planet and discover materials buried under the surface.

All of these processes have altered the surface of Mars in the past and continue to do so today. Since gully formation, wind erosion, and impact cratering could have interacted with each other for many years, planetary scientists find it difficult to work backwards and make definitive statements about ancient Martian history. However, HiRISE imagery has aided in closing these gaps in our scientific knowledge. 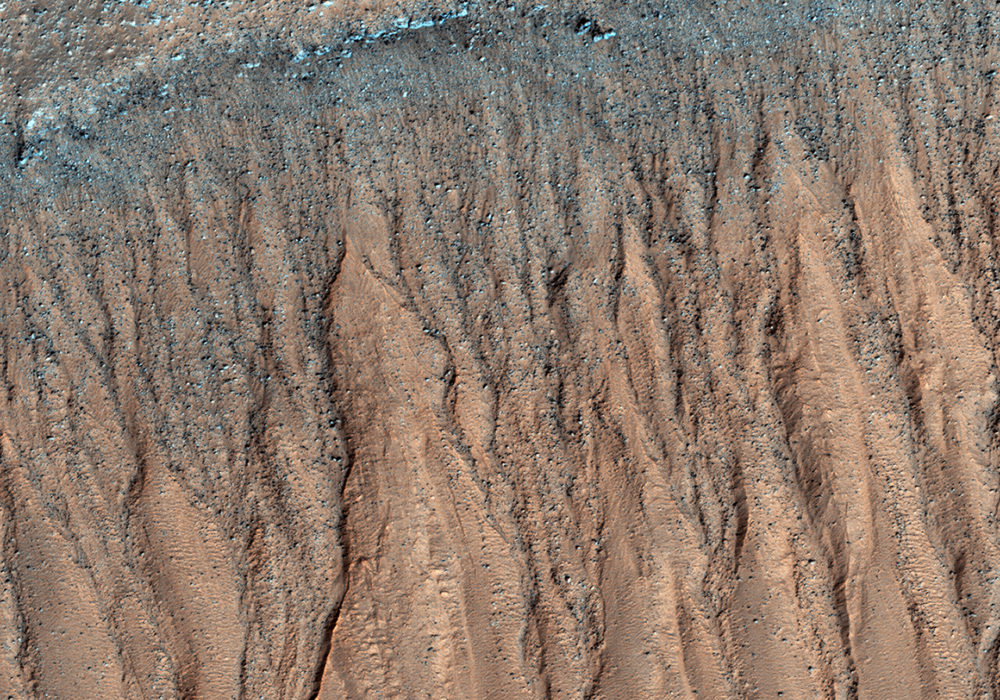