Gullies and Curved Ridges at the Base of Crater Walls

This Southern mid-latitude crater is typical of other small craters in this latitude band, containing both gullies on its walls and arcuate ridges at the base of the walls.

These features appear inter-related and their orientation on the crater wall can be associated with the latitude of the crater. Craters at latitudes between about -30 and -44 degrees (in the Southern hemisphere) typically have pole-facing gullies and curved ridges. Craters at latitudes between -44 degrees and -60 degrees (as is this one at -47 degrees) typically have these features on equator-facing walls, or on the east and west walls. This is thought to relate to changes in the obliquity of Mars.

These features likely formed during a period of high obliquity (tens of millions of years ago). During this time, it is thought that snowfall was deposited in these mid-latitude regions, and the high tilt of the planet led to higher degrees of solar insolation on the different crater walls, causing the snow to melt and form gullies. The arcuate ridges are thought to be moraines, or remnants of snowpacked ice flowing down the crater wall and onto the crater floor. 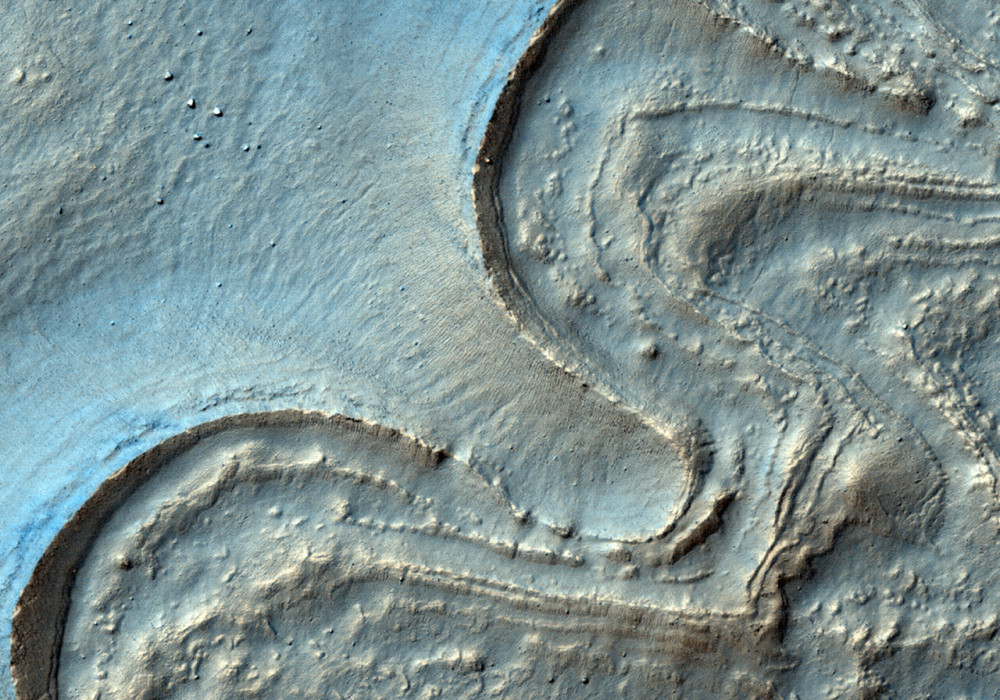