This HiRISE image shows a sample of the variety and complexity of processes that may occur on the walls of Martian craters, well after the impact crater formed.

Reaching down the walls of the crater are windy and crooked gullies. Some of these gullies may have formed with the help of liquid water, melted from ice or snowpack on the crater walls or from groundwater within the walls. Also notable is the long tongue-like lobe stretching down the middle of the image, with a darker, rounded snout, and prominent parallel grooves on its surface. These characteristics, together with faint cracks on its surface, suggest that this lobe may have formed by movement of ice-rich material from up on the crater wall down to the crater floor.

Because surface features on this lobe, as well as most gullies, do not appear sharp and pristine, and wind-blown dunes have blown up on the front snout of the lobe, and because there are several small craters on the lobe’s surface, the movement of ice-rich material, and possibly water, have probably not occurred very recently. 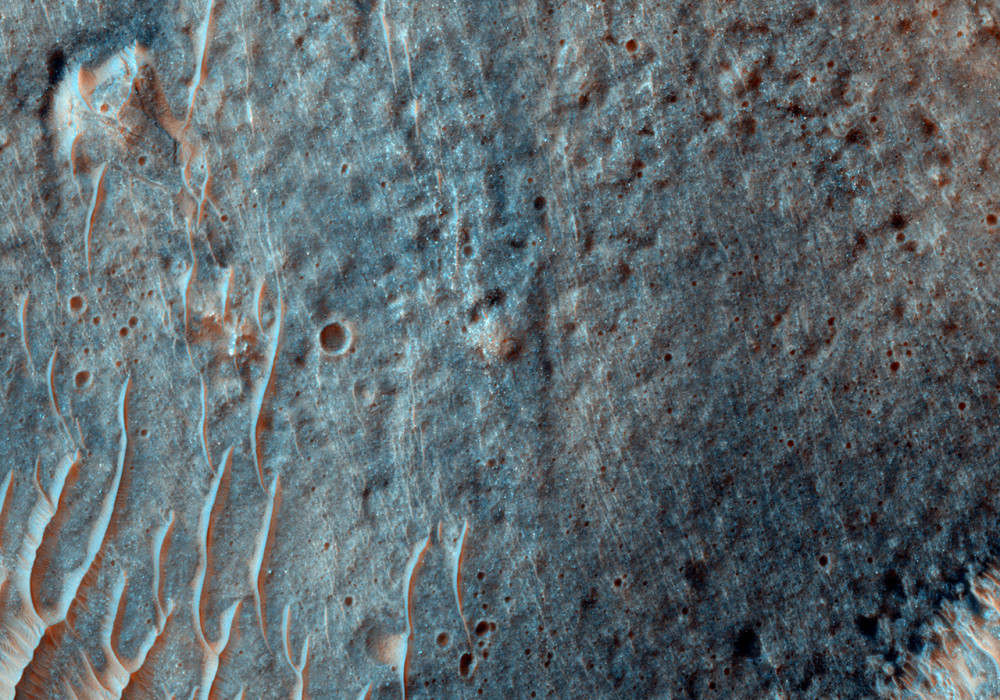