Gullies and… Gullies? in Terra Sirenum

This observation shows part of an unnamed crater, itself located inside the much larger Newton Crater, in Terra Sirenum. This unnamed crater is approximately 7 kilometers in diameter (over 4 miles) and some 700 meters (760 yards) deep.

Numerous gully systems are visible on the east- and south-facing walls of the crater; their characteristics are astonishingly diverse.

The subimage covers an area of nearly 610 x 740 meters (670 x 800 yards). Downhill is toward the bottom of the image, north is up; illumination is from the northwest. This subimage depicts several gullies or troughs carved in the southwest-facing wall of the crater.

These troughs are extremely rectilinear, lack tributaries, and do not seem to have terminal fan deposits: they terminate rather abruptly, some of them in a spatula-like shape. Their characteristics contrast sharply with those of gully systems elsewhere in this same crater, which are sinuous, have numerous tributaries, and show distinct fan deposits.

HiRISE is unveiling the large diversity exhibited by Martian gully systems, thanks to its high-resolution, stereo, and color capabilities. The diverse types of gullies observed may have been produced by different mechanisms. Current leading hypotheses explaining the origin of gullies include erosion from seepage or eruption of water from a subsurface aquifer, melting of ground ice, or surface snow; and dry landslides. 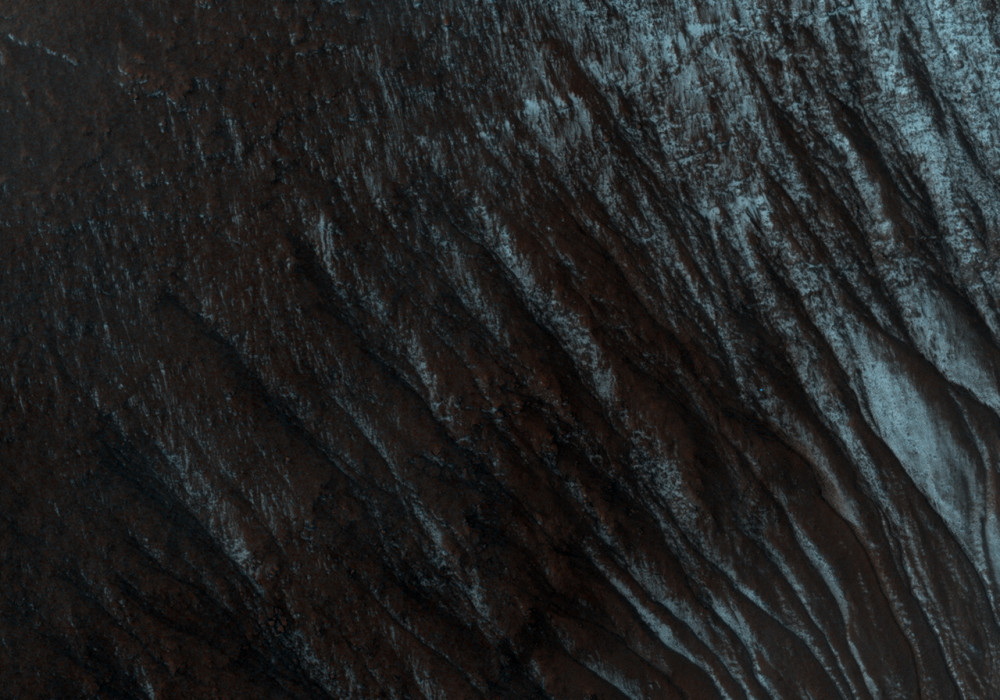