Gullies and Layers in a Crater Near Mariner Crater

Gullies are commonly found in the southern mid-latitudes of Mars. In this image they start near top of a long ridge, and descend into an impact crater that lies at the bottom of the ridge, moving through a rocky layer along the way. Below the layer, the surface is dark and blue in HiRISE enhanced color, suggesting that it is easily erodible sand coating the crater wall.

The topography here is also interesting. There are two main features, an impact crater and a long trough called a graben, formed when the surface drops down between two faults. The eastern side of the crater is clearly cut by faulting, distorting the circular shape. On the north side , the crater rim is below the top of the graben fault. The crater could have dropped into the trough as it formed, but it is also possible that the trough partially formed before the crater and continued to widen later. 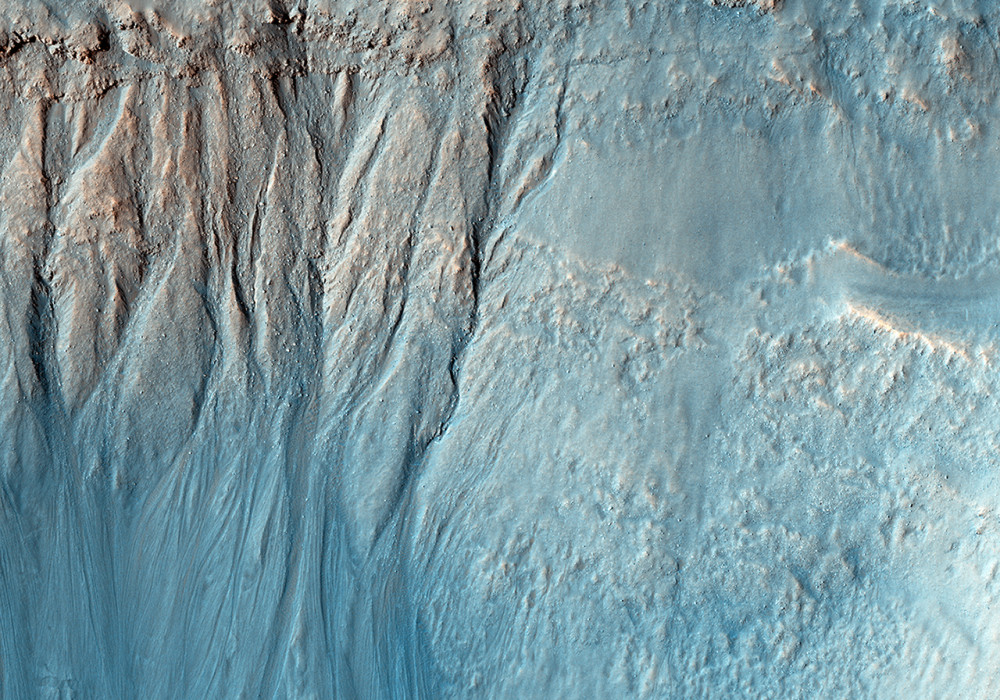