Gullies and Lobate Material in a Crater in the Nereidum Montes

This image includes a crater that has been heavily influenced by later geologic processes.

First of all, terrain-altering or -burying processes have eliminated much of the pattern of ejecta that surrounds fresh craters. The crater also appears fairly flat-floored with short walls (not very deep) for its size, indicating material has filled it in. These modifying effects may be due to deposition and activity of ice-rich or other mantling sediments deposited at some point in the past.

Finally, the crater clearly exhibits gullies starting on its northern wall and extending to its center. The arc-shaped ridge inside the southern edge of the crater, partially buried by the filling material, is particularly curious – it could be a wind-caused or other accumulation of crater-fill material.

One of the rationales for acquiring an image of this location is to investigate the relationship between these features; HiRISE’s full resolution can provide better details of the terrain. 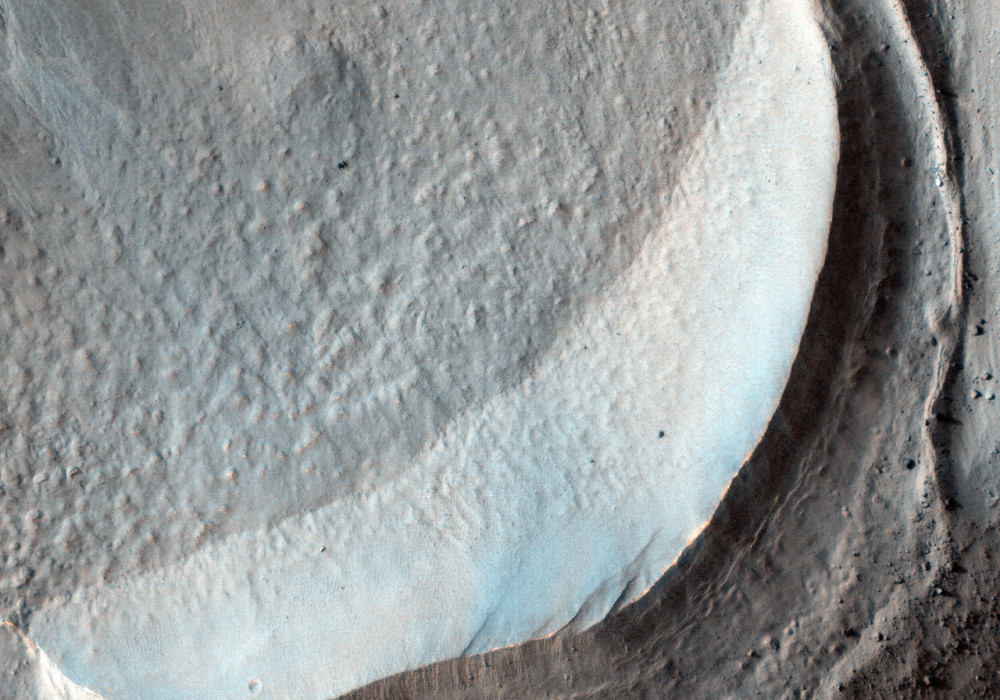