Gullies and Seasonal Frost in a Crater

This scene shows the curving, Eastern interior walls of a 12 kilometer-diameter (approximately 7.4 mile-diameter) impact crater in the Southern mid-latitudes of Mars.

The sun is off-scene to the Northwest (left in the map-projected images), causing the Northwestern wall to cast a shadow far into the deep crater interior. This shadowing effect also highlights the gullies incised into the Northern wall of the crater. Many ideas have been advanced as to how such gullies form – some appear to have involved flowing water, perhaps from melting ice, while others appear to be formed solely due to mass wasting of soil and rocks.

In the enhanced-color strip down the middle of this image, the Northern wall displays some bluish-purplish coating, which is seasonal frost that remains deposited on such steep slopes facing away from the equator at this time of year, much like frost often accumulates first, or disappears last, from mountain slopes on Earth that face away from the equator (North-facing in the Northern Hemisphere, and South-facing in the Southern Hemisphere).
Written by: Patrick Russell   (1 September 2010) 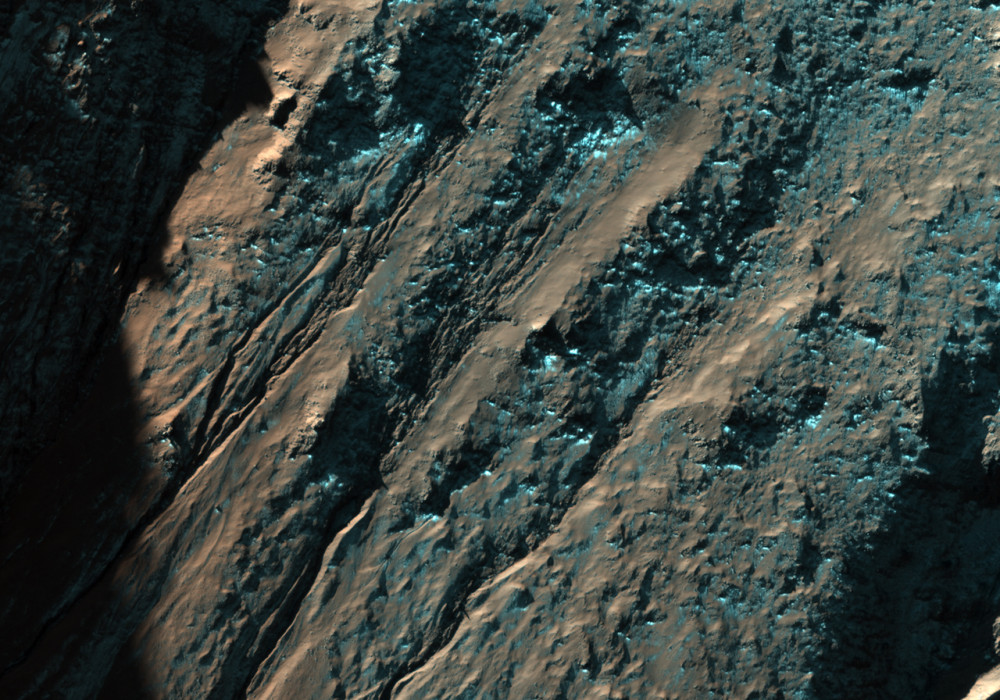