Gullies at the Edge of Hale Crater

Several years ago gullies carved into hill-slopes and the walls of impact craters like the ones pictured here were discovered. Scientists are excited to study these features because, on Earth, they usually form through the action of liquid water – long thought to be absent on the Martian surface. Whether gullies form under today’s cold dry conditions is a major question that planetary scientists are trying to answer.

The gullies pictured here are great examples of what a typical Martian gully looks like. You can see wide V-shaped channels running downhill (from top to bottom) where the material that carved the gully flowed. At the bottom of the channel this material empties out onto a fan-shaped mound. Several gullies are visible here and the fans from each gully overlap one other in complicated ways.

At the tops of the channels, large amphitheater-shaped alcoves are carved in the rock. The material removed from these alcoves likely flowed downhill to the aprons through the gullies.

Gullies at this site are especially interesting because scientists recently discovered examples at similar locations to be still active. Images separated by several years showed changes in the appearance of some of these gullies. Today, planetary scientists are using the HiRISE camera to examine gullies for ongoing change and investigate what that might mean for the occurrence of liquid water on the surface of Mars. 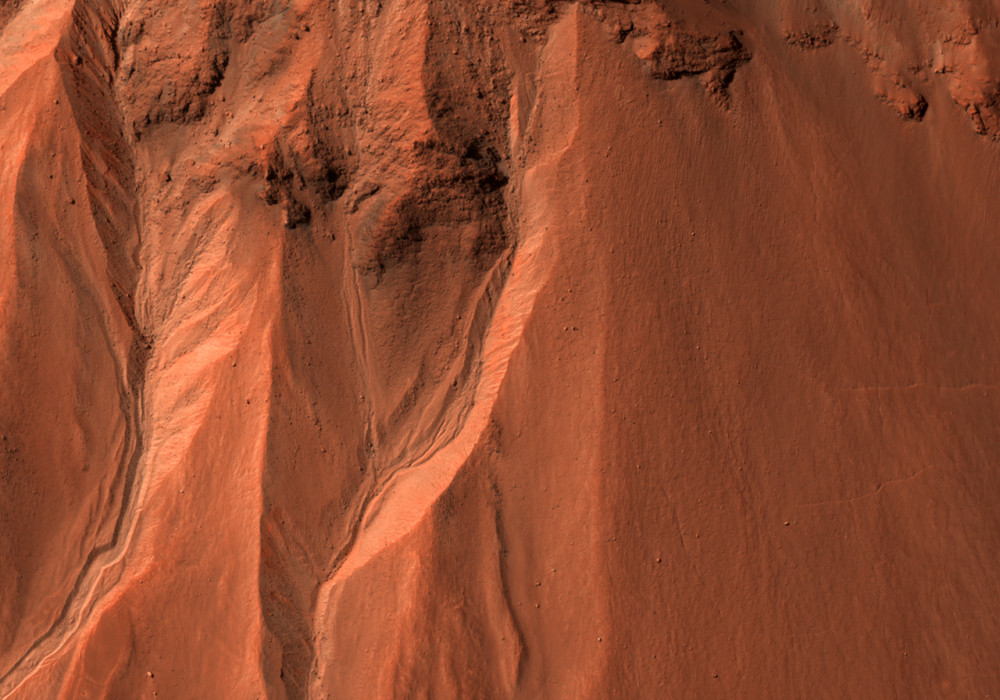