Gullies in a Crater Wall

In 2006 the Mars Orbiter Camera (MOC) found evidence of new changes to the deposits in some Martian gullies. The formation mechanism for gullies on Mars is therefore an important topic of current debate: while gullies can form in the presence of water, there are also dry formation mechanisms that can produce very similar features. Scientists study gullies in part to try to help clarify the question of the history of water on Mars. 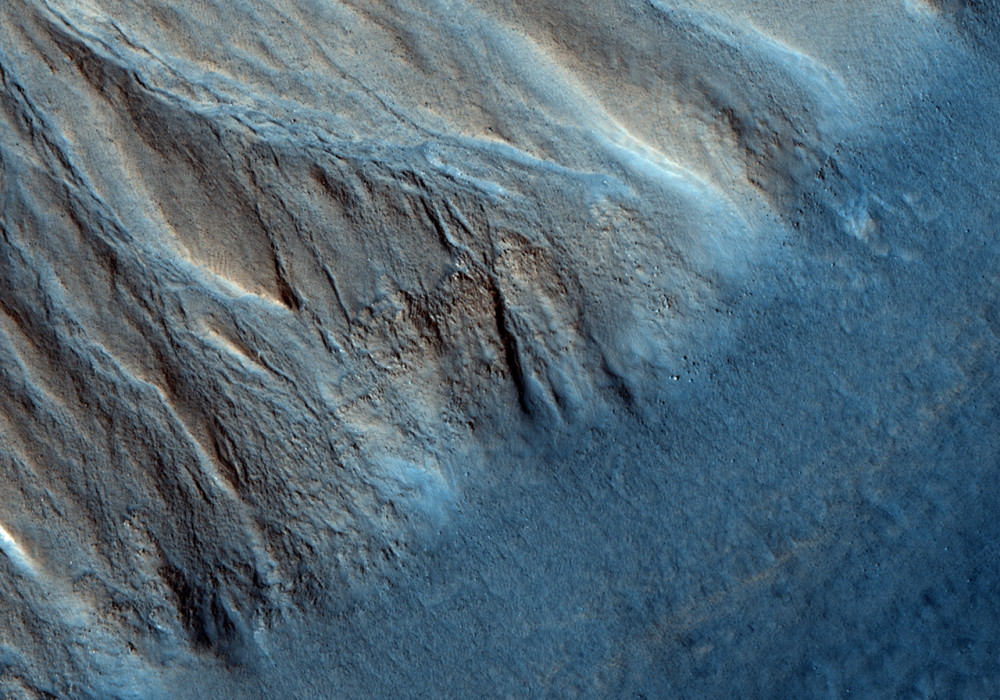