Gullies on the northwest side of Dao Vallis, a Martian outflow channel, are the focus of this observation. The outflow channels are thought to have been carved by gigantic, ancient floods.

Gullies are largely thought to be the result of water flow, but the origin of the water is much debated. One theory proposes that melting snowpack, or a mantling (blanketing) unit, forms gullies. Such a mantling unit is visible here between some of the gullies, in the full high-resolution image. Some alcove-shaped features appear to have mantling material in them. If the mantling unit is indeed related to gully formation, then gullies are potentially forming here. 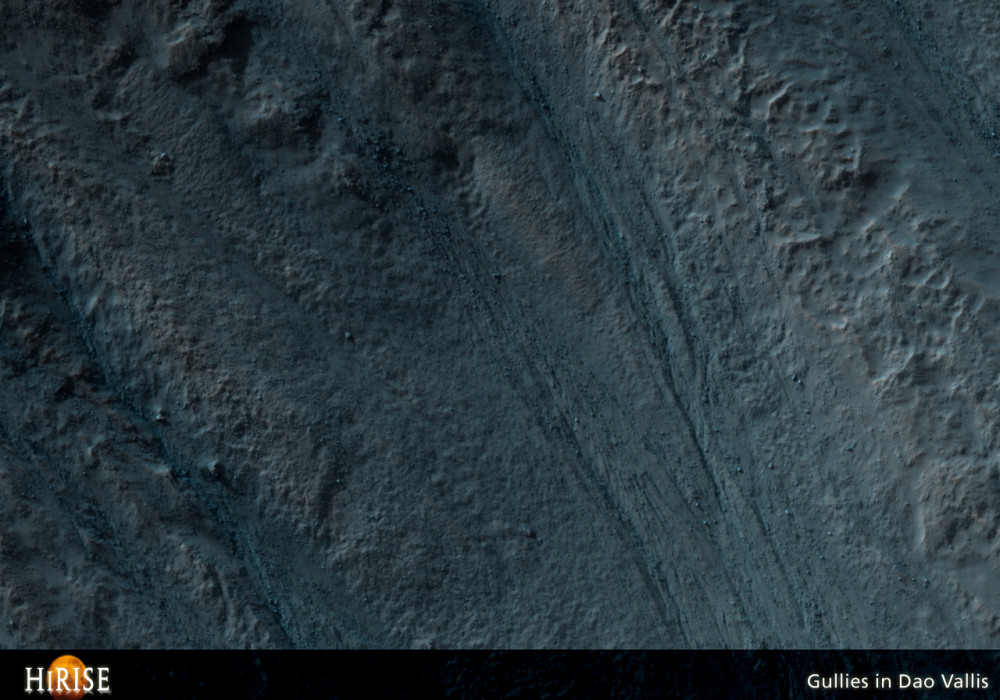