Here, we have a group of small gullies along a rock layer on the south wall of Liu Hsin Crater. At the foot of the gullies you can see the “fans” of granular sediment that have been deposited downhill from the gully formation .

Nearby, there are much larger gullies. By comparing the gullies that are just 20 kilometers away, we may be able to determine the factors that affect their size.

Liu Hsin (also spelled Xin) was a Chinese astronomer, historian, and editor during the Western Han Dynasty (206 BCE to 9 CE) and then the Xin Dynasty (9 to 23 CE).

This caption is based in part on a public target suggestion from HiWish . (Note: the header image is non map-projected, so approximate north is down). 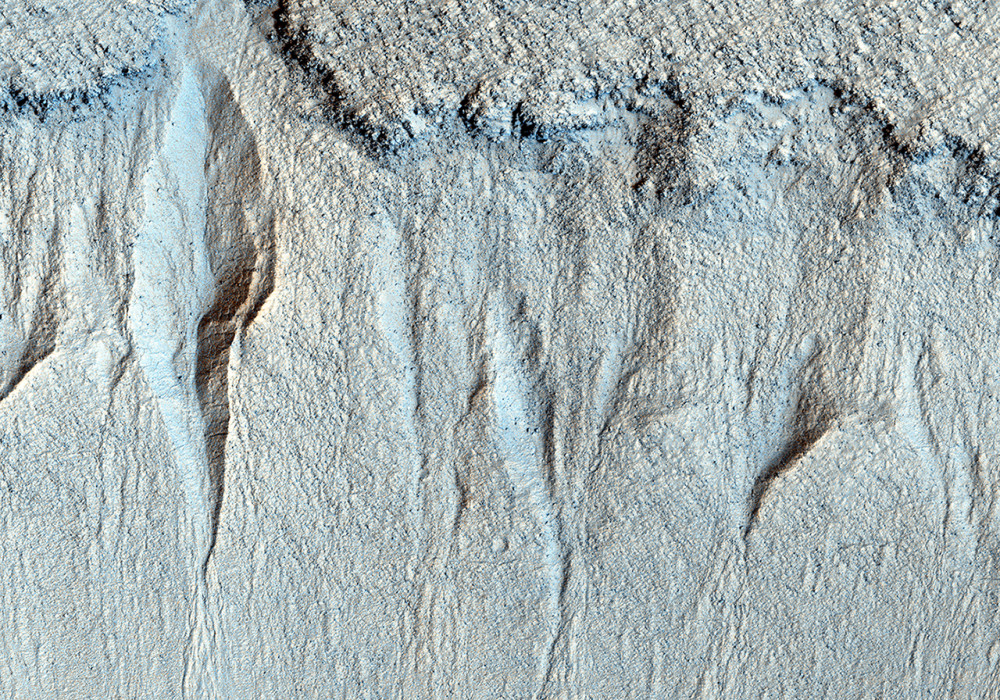