This image shows parts of Sirenum Fossae that are southwest of Gorgonum Chaos. Some of the troughs (fossae) have gullies on their walls. Gullies are incised slope features that are thought to have formed by liquid water flowing down the slopes.

It is unknown whether the water came from the subsurface or above the surface. The plains around the troughs have a number of mesas and hills that might have formed from erosion of a once-larger rock unit. The bottom of the image shows some dark linear features which are dust devil tracks. 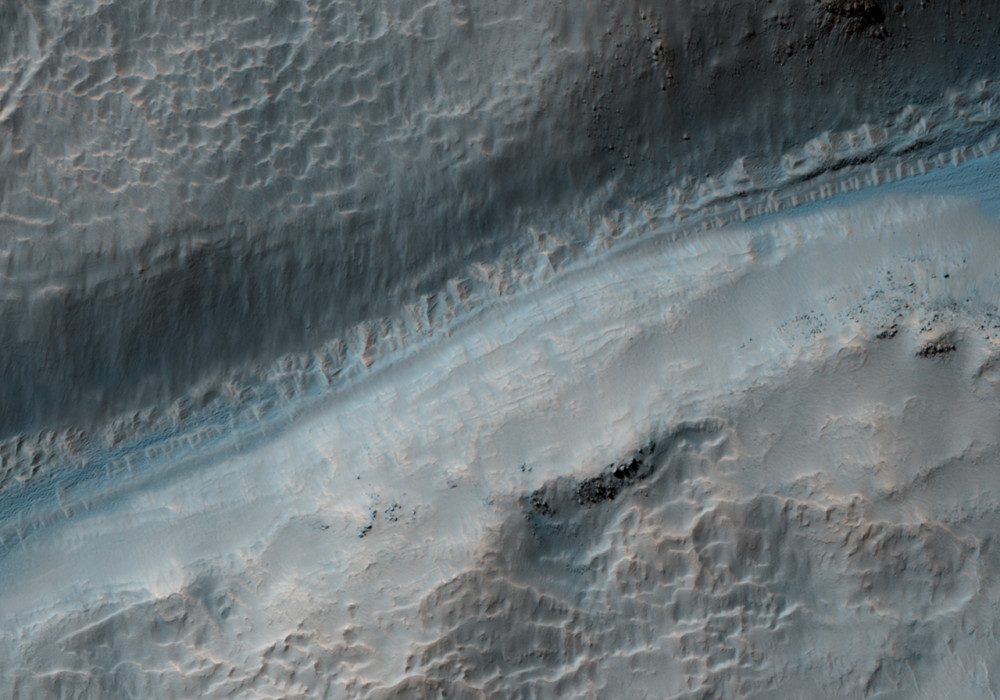