Seen here are gullies in a northern hemisphere crater. The crater is well-preserved as indicated by its sharp rim and steep walls. Gullies are rarer in the northern hemisphere, possibly because there are fewer slopes for them to form on compared to the heavily cratered southern highlands.

This image captures a range of gully morphologies. The gullies on the north wall (south facing) are more abundant and evenly-spaced than those on the east and south walls, and they extend up to the crater rim on the northern side. These differences might occur because of differences in sunlight exposure and temperature variations.

The crater floor has a linear texture suggestive of flow. Ice-rich material might have moved off the crater walls, driven by gravity, and flowed towards the crater center. 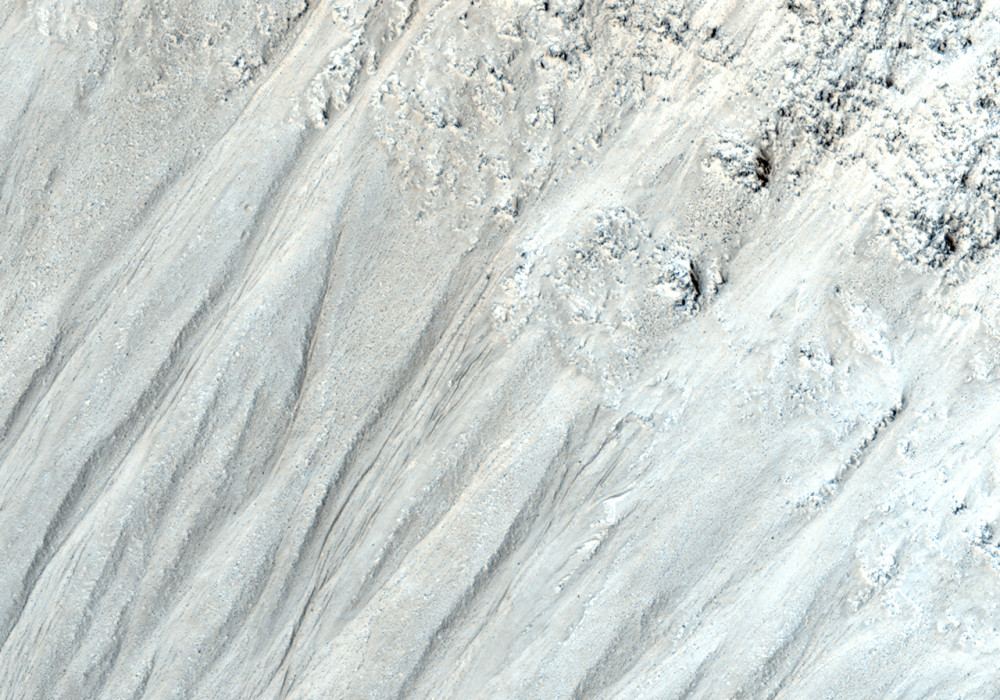