This image shows the wall of a crater in the Northern Lowlands that has several gullies incising it.

Although many gullies are located between the latitudes of 35 and 45 degrees North and South, these gullies are located northwards of this latitude belt at 55.8 degrees N. How gullies formed remains elusive, although several hypothesis have been offered. The main problem is that liquid water is not stable on the surface of Mars due to the present-day pressure and temperatures. Some possible gully hypotheses are that they are the result of a fluid (carbon dioxide or water), or they may instead be the result of dry debris flows.

The gullies in this image source from a similar distance from the crater rim and terminate down the slope in relatively bright deposits. They also have debris free alcoves and exhibit other features typically formed by water flow including a sinuous channel shape, channels that merge and split forming a braided pattern, and channels that extend out onto the debris fan deposits.

One possible hypothesis for the origin of these gullies is that the similar elevation of the gully sources below the crater rim may indicate that groundwater flowed out of the crater wall along a subsurface rock or soil layer. Salts and minerals in the groundwater may have allowed the water to continue flowing on the surface longer as a liquid. Continued flow would eventually erode the surface forming a gully. 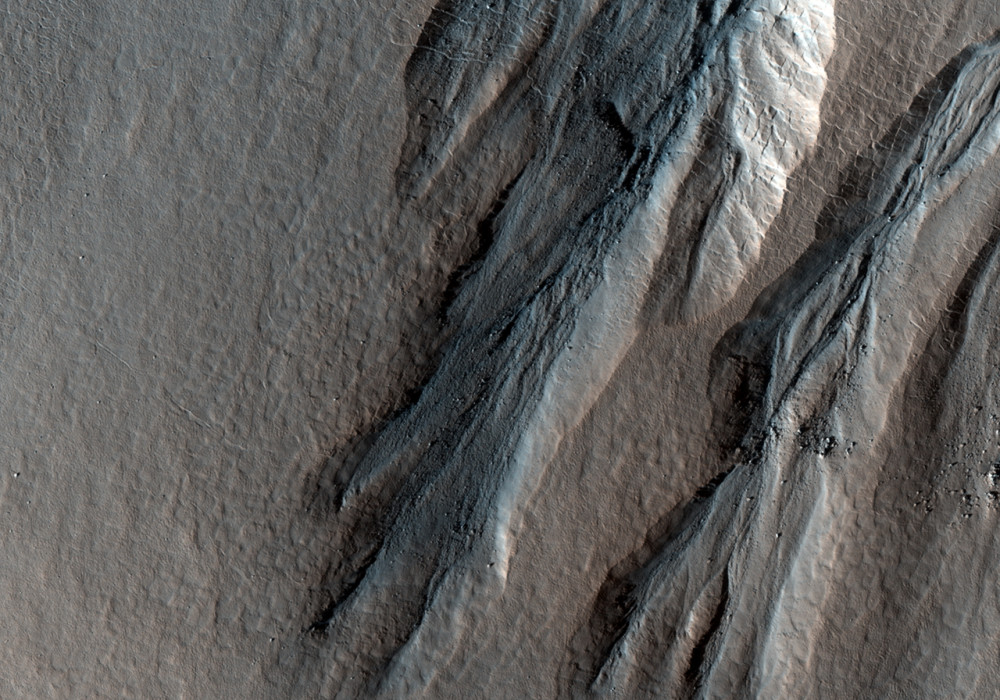