Gullies on the Dunes of Russell Crater

This image represents part of the dune field present in the Northeast portion of Russell Crater. The dune field itself is roughly 30 kilometers long, and appears to have formed from windblown material trapped by the local topography.

This HiRISE image was taken during the Southern hemisphere’s deep winter, where temperatures are low enough to allow the carbon dioxide frost to be stable. The frost is apparent primarily on the slopes that do not experience full sunlight, and is the target of a long term monitoring program by HiRISE.

Most of the gullies in this image appear to originate near the crests of their respective dunes, and are present on pole-facing slopes. The gullies in this image appear to have only two of the three components of normal gully morphology seen elsewhere on Mars, since they seem to lack a debris apron at their terminus. They have defined alcoves, and have unusually long channels that do not seem to change significantly in width.

Russell Crater is located in the Southern hemisphere at roughly 53.3 degrees South and 12.9 degrees East, and is approximately 140 kilometers in diameter. 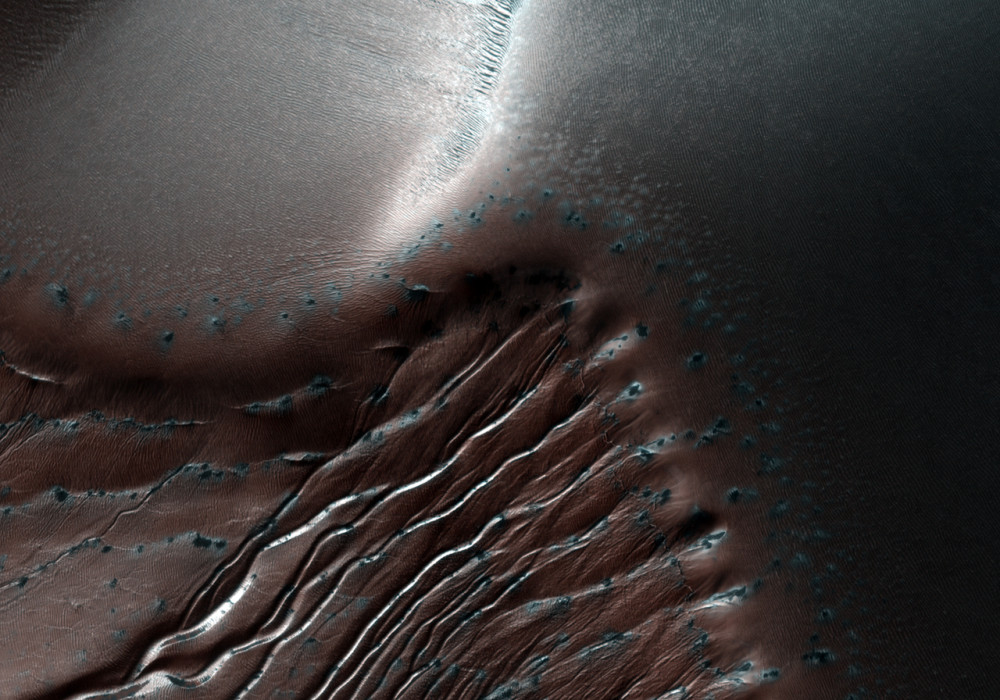