Gullies on the Exterior Wall of a Crater

Rarely are gullies found on the exterior walls of craters as visible here in this subimage . This might be related to a paucity of craters fresh enough to have raised rims during the geologically recent epoch in which gullies formed.

The gullies are clearly incised into the exterior wall, and their channels are not linear suggesting a fluvial, rather than mass wasting, origin. They do not have noticeable debris aprons, but there are dunes nearby that might contain material from the gullies’ debris aprons that was deposited then subsequently transported by the wind.

The crater shown in the full, grayscale image is the right half of an overlapping pair of craters in which the left crater formed most recently. The craters have fluidized ejecta which implies that volatiles, possibly including water, were present at the time of their formation.

Gullies are proposed to be formed by liquid water, and the origin of this water is much debated. Current leading theories include breakout from a subsurface aquifer, melt from near-surface ground ice, and melt from under a snowpack. 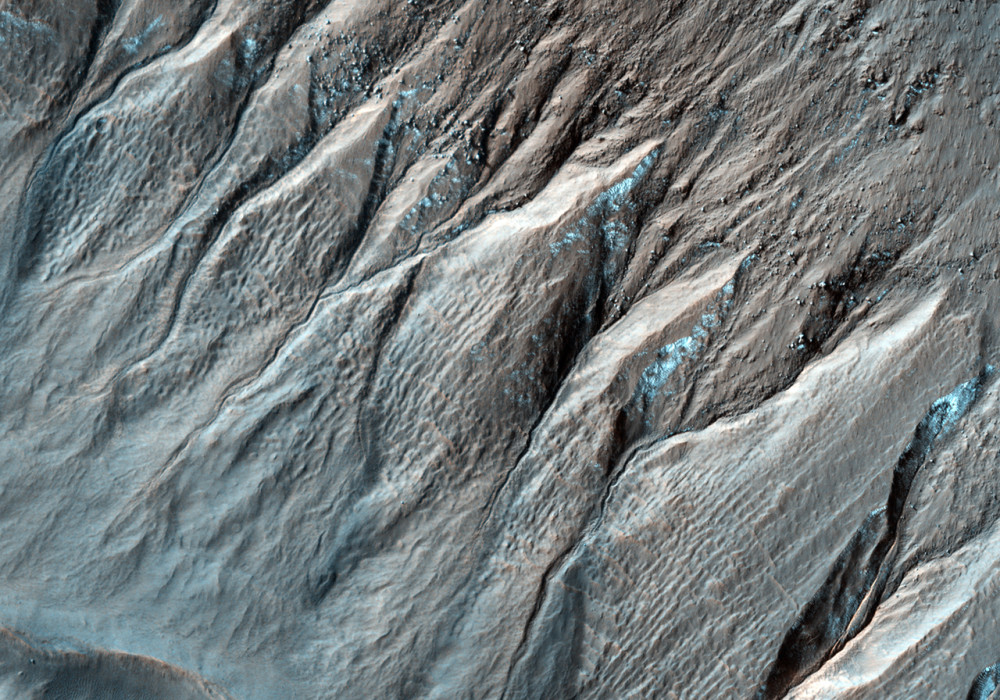