Gullies on the Northwest Rim of Hale Crater

This image covers part of the Northwest rim of Hale Crater. Gullies have formed down the interior rim of the crater in this location.

While the origin of these gullies is not clear, some have attributes similar to their counterparts on the Earth that result from flowing water. These include upper regions where gully tributaries have eroded into the source rocks, sinuous or “snake-like” channel middle reaches, and down slope regions where gullies distribute and terminate in deposits of sediment and debris.

Bright material deposits are evident along the walls of some gullies. These deposits might be the result of transport or exposure of finer-grained sediments, variations in the brightness of dust or materials, or the presence of ice or fresh deposits within the gullies.

Hale is an elliptical-shaped crater, approximately 150 by 125 kilometers, and is centered at 35.7 degrees South, 323.4 degrees East on Mars, just north of Argyre Basin. 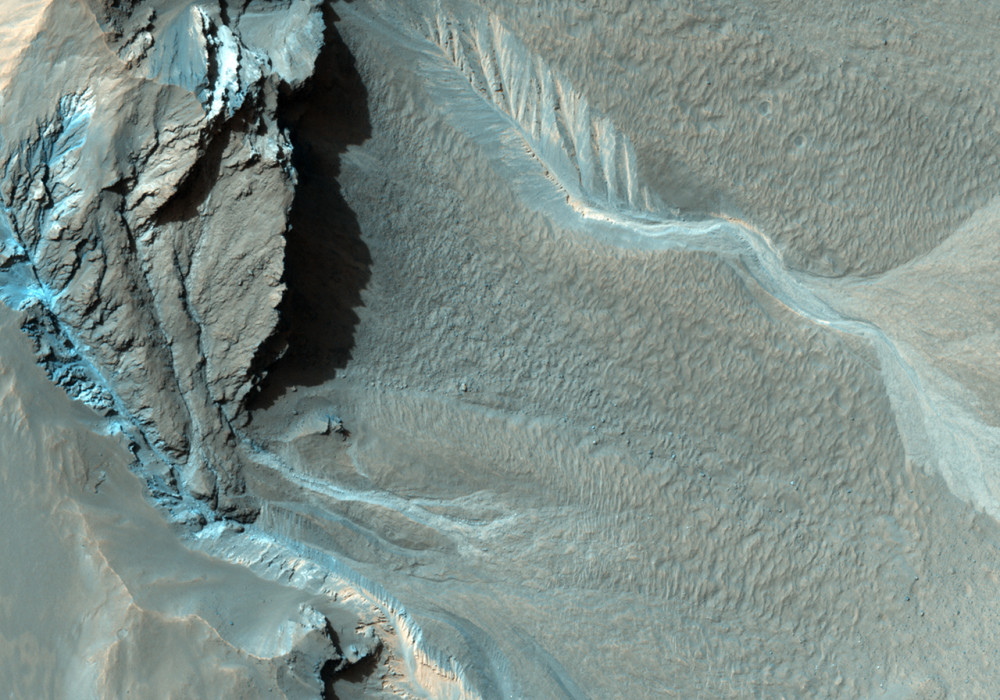