Dao Vallis is an outflow channel that begins on the southeastern flank of the broad low-relief volcano Hadriaca Patera and extends in a southwestwardly direction across the Southern highlands for approximately 1000 kilometers ending near Hellas basin. Outflow channels are generally thought to result from the catastrophic release of enormous amounts of ground water that create floods that scour the surface over periods of days to several months.

This image shows the south wall of Dao Vallis just upstream of the confluence with Niger Vallis. The gullies that flow into Dao Vallis begin just below the top of the valley wall and erode through the upper rock layers. Gully deposits appear to overlap the material that fills the valley floor. This valley fill material was likely ice-rich and flowed down the wall or valley similar to slow moving glacial material on Earth.

Located beyond the gullies on the valley floor is an intriguing crater-like feature surrounded by concentric fractures . These fractures would allow ice to sublimate into the atmosphere from the subsurface materials causing progressive collapse of the crater walls and resulting in the formation of the interior hummocky terrain. Fine-grained sediments are trapped by the hummocky terrain and are reworked by local winds forming dunes on the central portion of the crater floor. 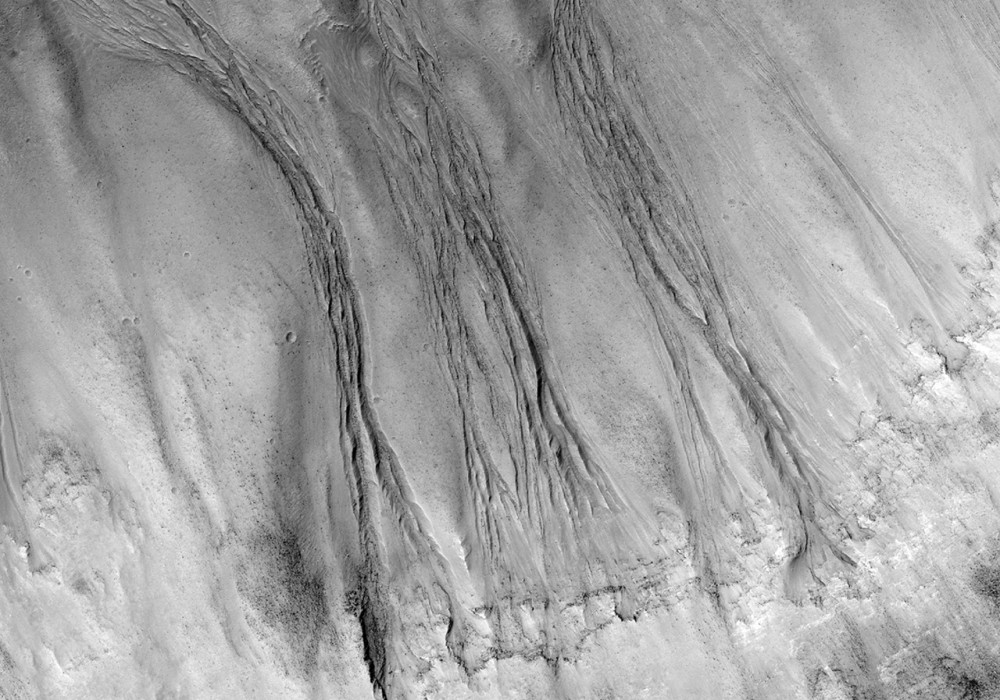