Gullies on the Wall of an Unnamed Crater in Utopia Planitia

This enhanced-color image of gullies in the northern wall of an unnamed crater in Utopia Planitia covers an area of approximately 750 by 1100 meters. The banked, sinuous shape of the gully channels suggest that water was involved in their formation. The source of this water however is a subject of debate. Hypotheses include melting of snow or near-surface ground ice.

Other features also suggest the past (and possibly present) presence of snow or ground ice in this region. For example, the “mantle” deposit on the crater wall displays polygonal fractures. Polygons on Earth are associated with periglacial activity. This refers to processes that occur from the presence of ground ice, which interacts with surface and subsurface materials, as well as the Martian atmosphere as a function of climate and seasons). The mantle itself may be the remains of a dusty snowpack deposited in Mars’ recent past.

At the base of the mantle are fractures associated with the slumping of these deposits under their own weight and Martian gravity. The largest gullies cut into these mantling deposits, and in some places obscure the underlying fractures at the base of the crater wall. This indicates that the largest gullies are younger than both the mantle and the fractures. 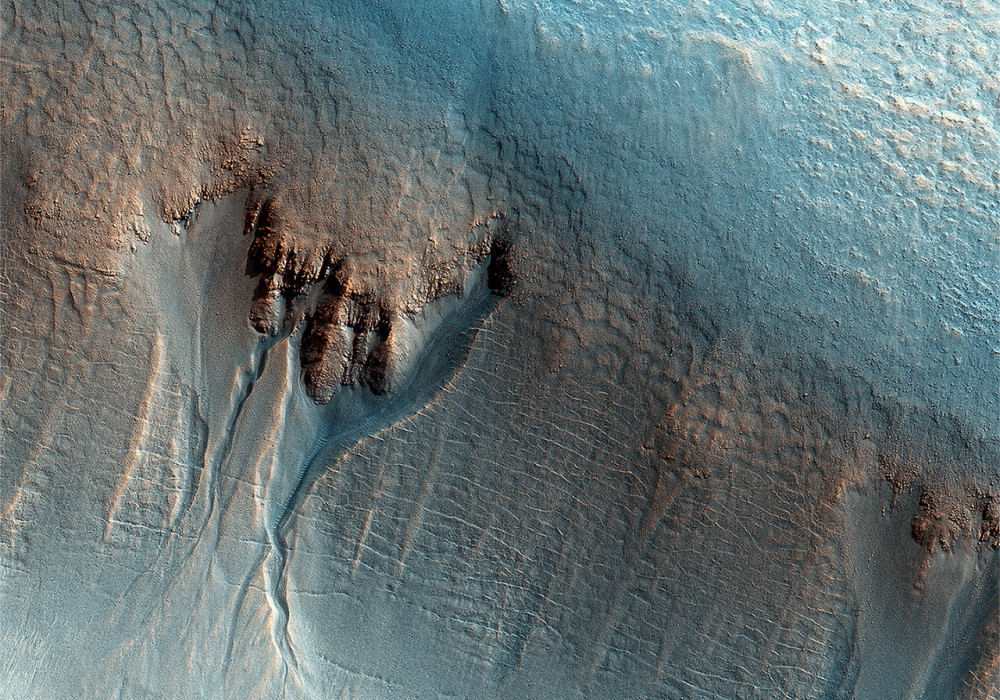